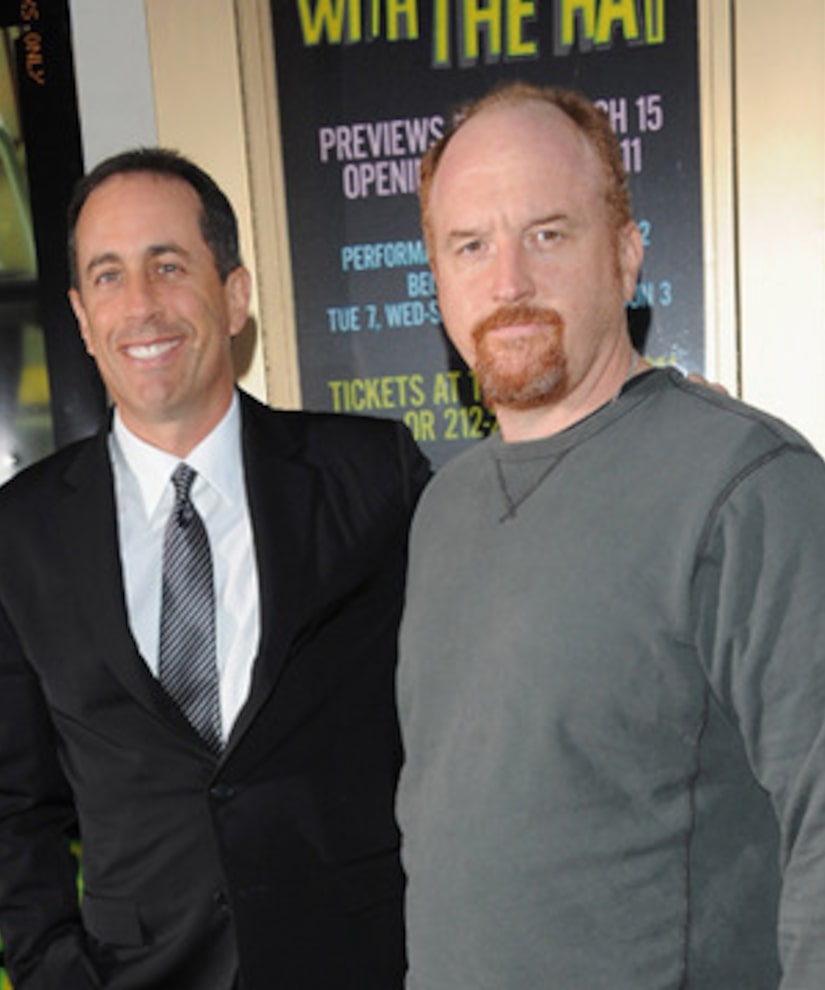 Comedian Jerry Seinfeld is headed back to primetime with a guest-starring role on the FX favorite, “Louie.”

Creator and star Louis C.K. told reporters that fans will see Jerry in a new light when he appears on the show toward the end of season three for a three-episode arc, but remained tight-lipped about the angle.

"I don't want to say anything about any of it, because it's got a lot of guest stars and a lot happens. It's big turn for the character… it's a cool, fun story, I just don't want to talk about it," he explained, adding, "Jerry did a part in that, and what he did was very different from what you're used to seeing him do. Jerry did a really great performance. I was really happy."

Jerry's guest role isn't the only thing to look forward to this season. The show, about an awkward, divorced, somewhat depressed comedian with two little girls, will take on a lighter tone as Louie starts dating again and even travels to Mexico. Stars like Parker Posey, Melissa Leo and Robin Williams will also make cameos.

"I spend enough time on screen looking hangdog and depressed, so I think it was okay to let me smile and chase a chicken for a minute," he said. "Season 3 is more about family and missing being in a family and being in a relationship that keeps happening."

Fans will also meet Louie's ex-wife for the first time, a character he describes as "really direct and self-possessed, she's got a great demeanor for someone who has moved on in life."