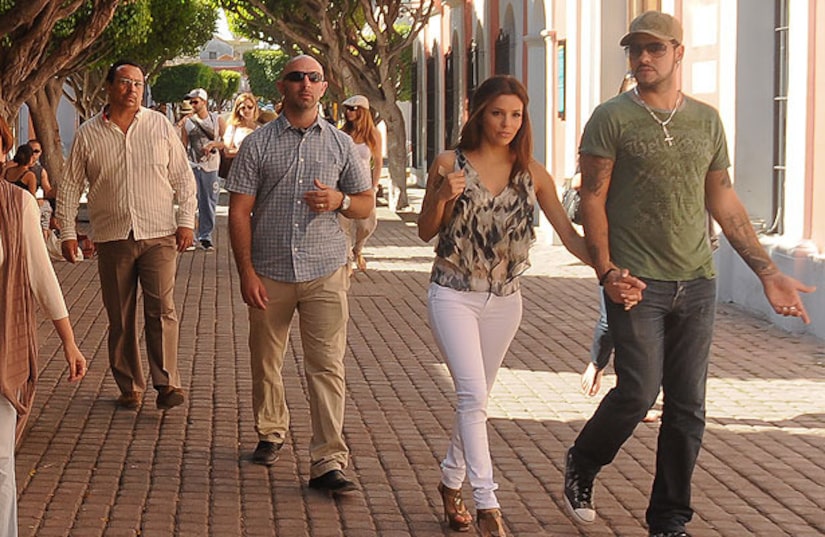 Actress Eva Longoria's on-again/off-again relationship with singer/composer Eduardo Cruz has officially come to an end, his rep told Us Weekly.

Cruz and Longoria initially split in March, but reunited in late spring. This April, they were snapped smooching in Spain, where the actress said, "I'm in love… I'm a hopeless romantic."

Last fall, Longoria also commented on how she was "in a happy place" post-divorce. "Everyone says I look younger... everyone keeps saying, 'You've never looked better. I think divorce agrees with me!"

Longoria and Cruz first became an item in February 2011, following her divorce from basketball hubby Tony Parker -- who recently popped up in the news when he was injured in the Chris Brown/Drake nightclub melee.