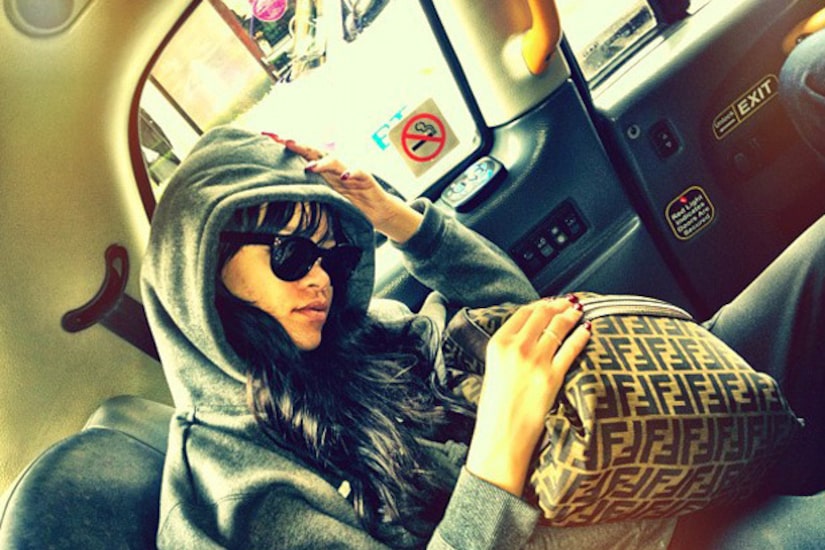 Singer Rihanna had to rush out of a London hotel early Wednesday morning after a fire broke out in the elevator!

“Roamin da streets since 6am! Fyah in da telly #evacuationlife,” she tweeted.

One photo shows Rihanna curled up in the backseat of a car, wearing a sweatshirt and holding her bag. Another shot reveals a fire truck outside the Corinthia Hotel where she was staying. 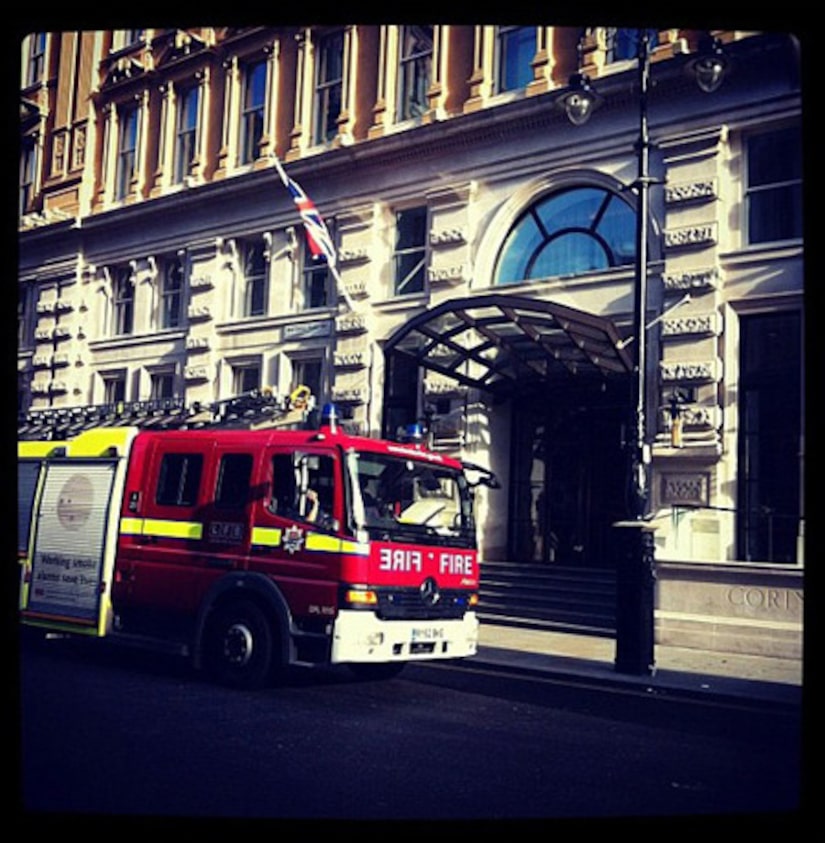 “We were called at 06.21 and it was a small fire in the lift motor system on the seventh floor,” the fire department told the Evening Standard. “Around 300 guests were evacuated after the fire alarm went off.” There were no reported injuries.

The 24-year-old singer performed at Hackney Weekend on Sunday and was reportedly staying in London to record new material.