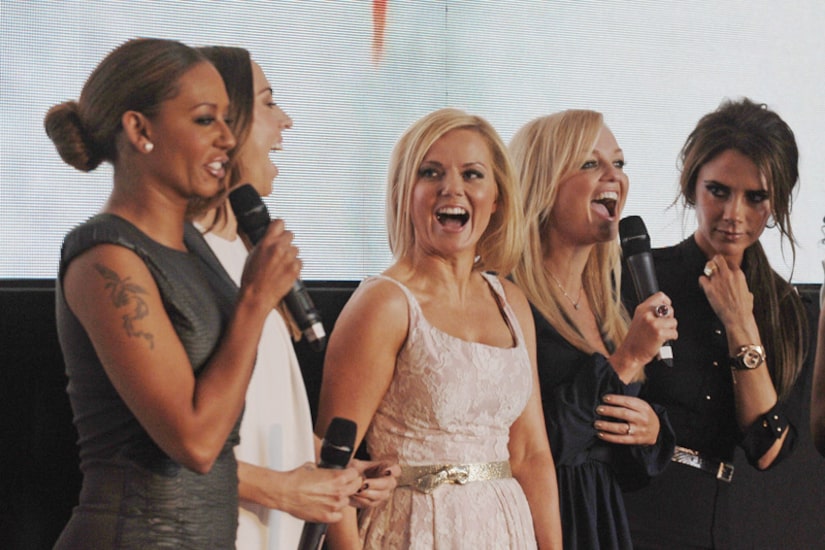 The Spice Girls are back together -- at least to promote their new musical, “Viva Forever!”

The '90s girl group, including Victoria Beckham (Posh), Melanie Brown (Scary), Emma Bunton (Baby), Melanie Chisholm (Sporty) and Geri Halliwell (Ginger), reunited in London to publicize the show on Tuesday. "Viva," based on their hit songs, is scheduled to open in November at London's Picadilly Theatre.

“It's better than we could ever have imagined,” Chisholm told the New York Daily News. “They sing it better than us,” added Brown.

The jukebox musical follows a young girl as she catapults to stardom, and the impact her fame has on her relationship with friends and family back home.

“The actual show itself, 'Viva,' has the same essence of what the Spice Girls are all about,” Halliwell told the BBC. “It is about everyone – mums, daughters, friendship and having a really great time and so hopefully everyone will love it!”

The “Tell Me What You Want” singers debuted in 1996 and sold more than 75 million albums worldwide. After splitting up in 2000, the women reunited for a 2007 tour. When asked by the BBC if they planned to pen any new music, Chisholm firmly said “no” while the rest of the group laughed it off.

Visit AgtTickets.com to purchase tickets to the show.