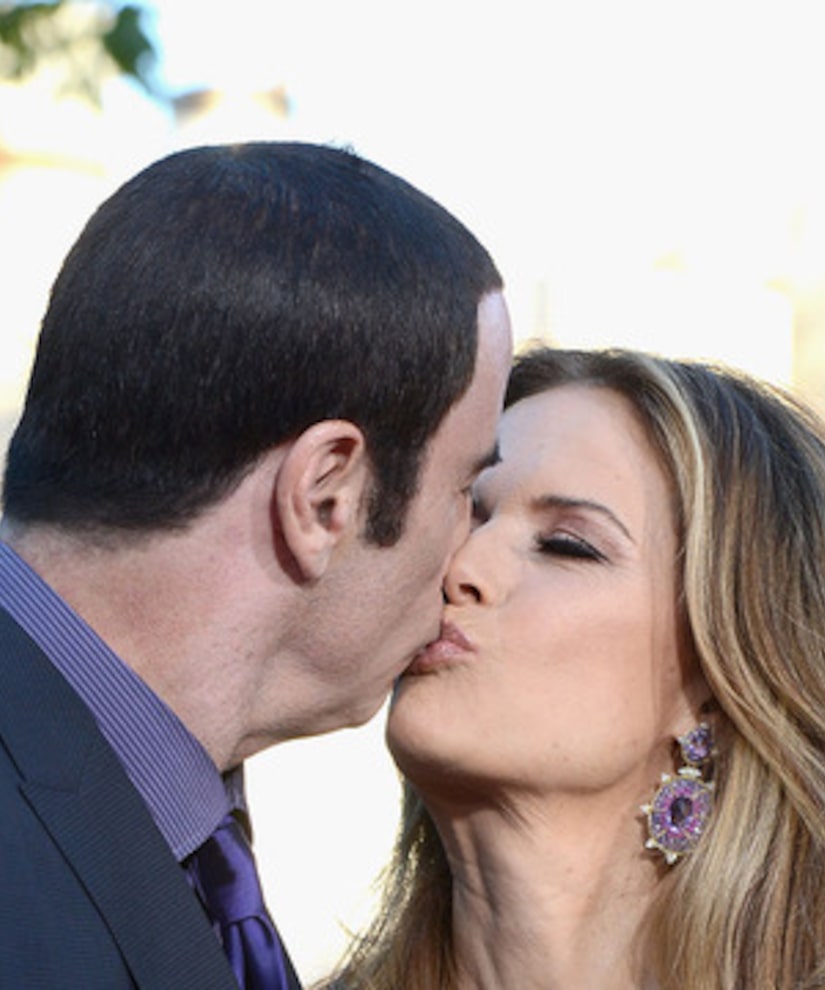 Actor John Travolta and wife Kelly Preston showed some PDA at the L.A. premiere of “Savages,” their first public appearance since the headlines.

On the red carpet, “Extra’s” Jerry Penacoli talked with Travolta, who gushed about the Oliver Stone film. “This is like bringing ‘Pulp Fiction’ to L.A. or something. There is a buzz about this film and tonight it's electric. I've never seen a story like this.”

Lively, who looked amazing in a Zuhair Murad couture nude and black gown, admitted to Penacoli that before the premiere, she had been babysitting her nieces and nephews all day. “I almost had to bring them with me because my sister didn't show up to my hotel in time, so I was going to have them in their bathing suits trailing along behind me.”

Hayek, who was equally gorgeous in an intricately beaded green Gucci gown, looked forward to how people would react to her villainous role. “I'm really excited to see the reaction of the audience, especially in some specific parts.”

Check out “Savages” when it hits theaters July 6.