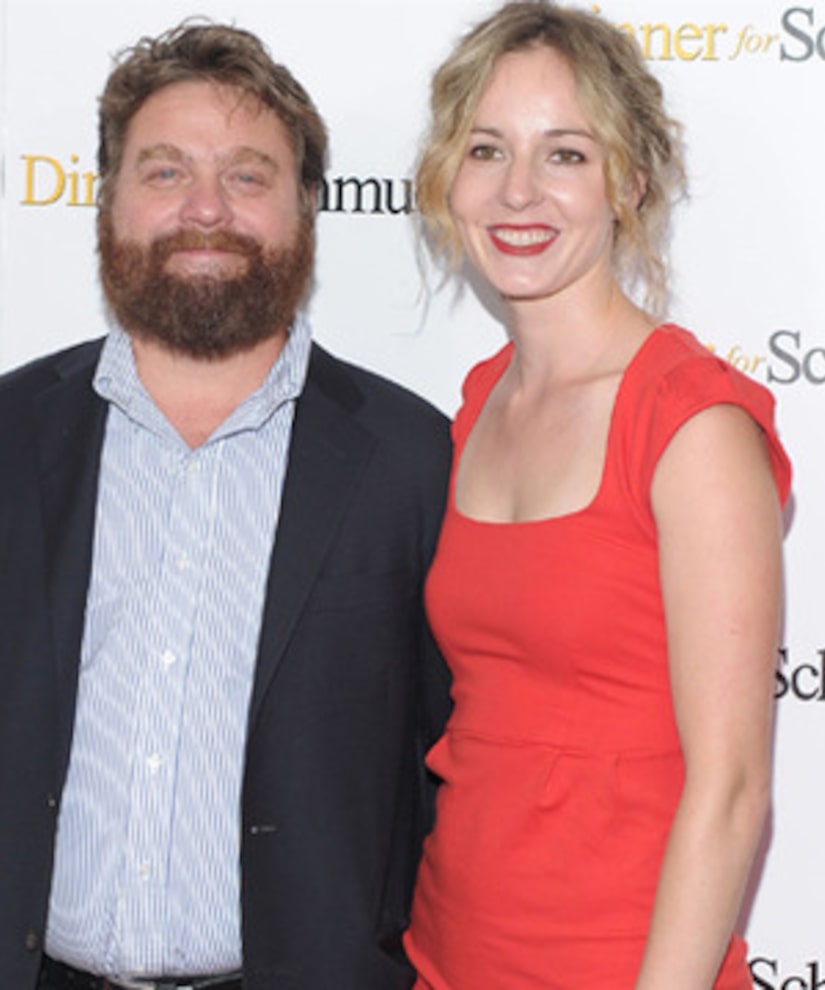 Actor Zach Galifianakis, 42, is getting married! Invitations are reportedly already in the mail for his upcoming nuptials to girlfriend Quinn Lundberg. The two plan to tie the knot Aug. 11, according to Celebuzz.

"The wedding invite is very Zach," a source told the website. "While it has the formal and standard details of who, what, when and where -- including Zach's full name, Zachary Knight Galifianakis, and his fiancée's, Mary Quinn Lundberg -- it is also very funny. Zach included a drawing of himself and his bride-to-be. He made sure he looked like a little troll, while Quinn is a stunning, tall blonde princess."

Quinn, 29, graduated in 2010 from the CUNY Baccalaureate Program at Hunter College in New York with a degree in International Conflict Resolution. She has traveled the world as a UNICEF volunteer with stops in Afghanistan, Bosnia and Africa. She now manages Growing Voices, a charity organization dedicated to supporting community-based projects, which she co-founded. In place of gifts, wedding guests have been asked to donate to the cause.

No word yet on whether Zach will reunite the Wolf Pack for a bachelor party worthy of “The Hangover 3.”