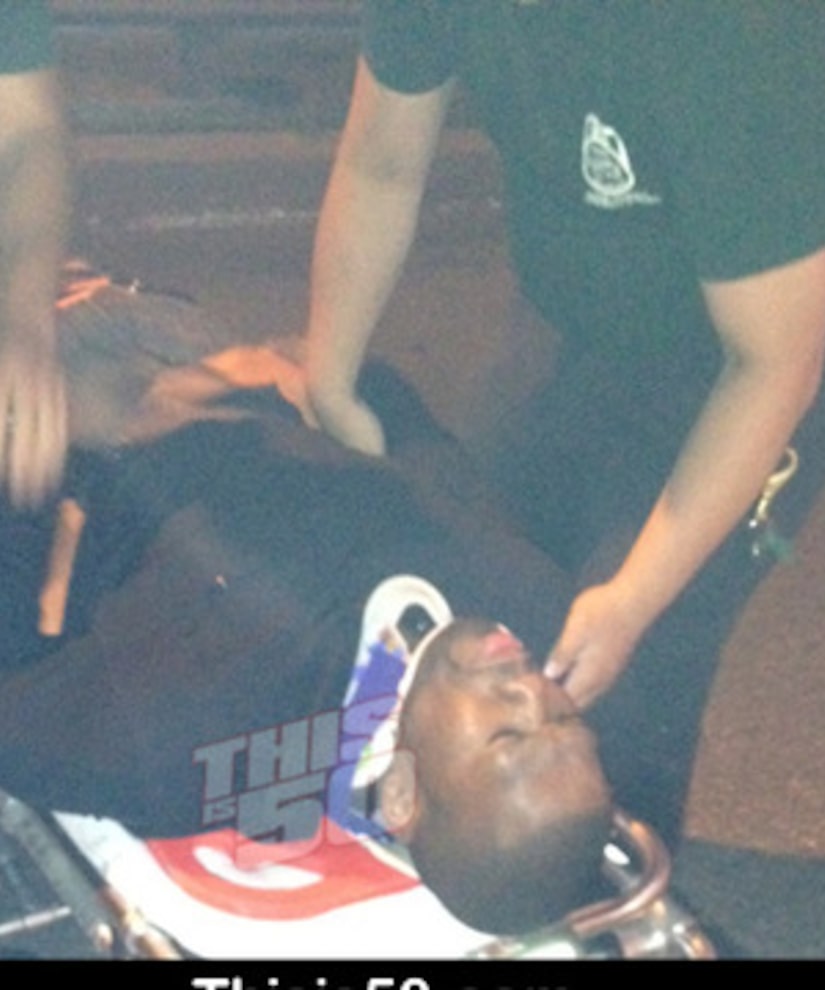 Rapper 50 Cent was involved in a serious car accident Tuesday morning when a Mack truck rear-ended his bullet-proof SUV.

His rep confirmed to TMZ, "He was taken to New York Hospital Queens where he was treated for minor neck and back injuries. He was released this morning and is doing fine."

According to ThisIs50.com, the accident occurred on the Long Island Expressway in NYC, when the truck smacked into the rapper's SUV, causing it to "almost flip over."

In 2000, Fitty was shot nine times outside of his grandmother's house.