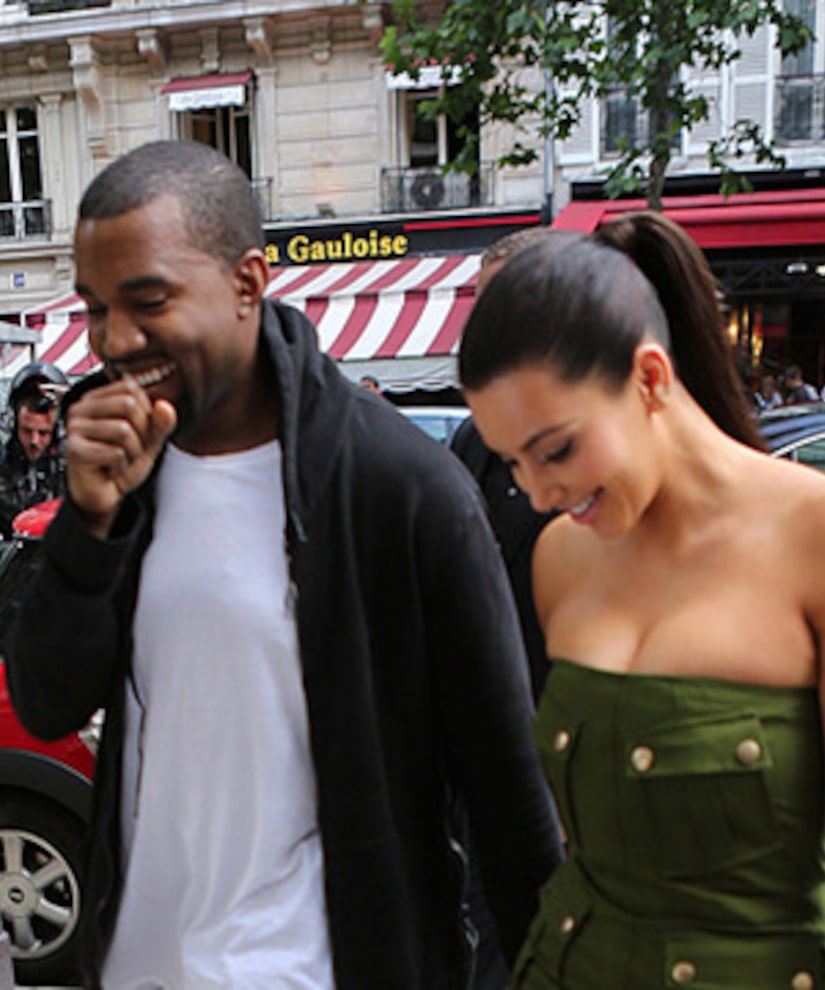 The socialite appeared on “Oprah's Next Chapter” again on Sunday, where the talk show queen asked that very question.

Blushing and giggling, Kim explained that the couple met almost a decade ago. “It is very comforting to have someone that knows everything about you, that respects you, understands and has gone through similar things. I can really relate to his mother passing. He can really relate to my father passing. There are so many similarities in our lives that I feel like I'm at a really happy, good space.”

Kim didn't say exactly how the two hooked up, but she did reveal, “I don't know why it took us so long to get together. I think we've always had an attraction to each other but we've always been in other relationships or it wasn't the right timing. And one day it just happened. It took me by surprise.”

She also thinks that Kanye's support during her divorce from NBA player Kris Humphries is very telling. “But I think having him in my life right now, in this way, says so much about us. It's your heart you're playing with. I couldn't sacrifice my heart for a publicity stunt.”

The 31-year-old told Oprah she is optimistic about the future. “I want babies; I want my forever; I want my fairytale. And I believe you can have what you want."

UPDATE: Someone who might not be getting everything he wants is Humphries. The Brooklyn Nets star, who is seeking $7 million from his ex-wife, is expected to meet with Kim's lawyer today for questioning, reports TMZ. His alleged rebound relationship just two months after the split will be among the topics of conversation.