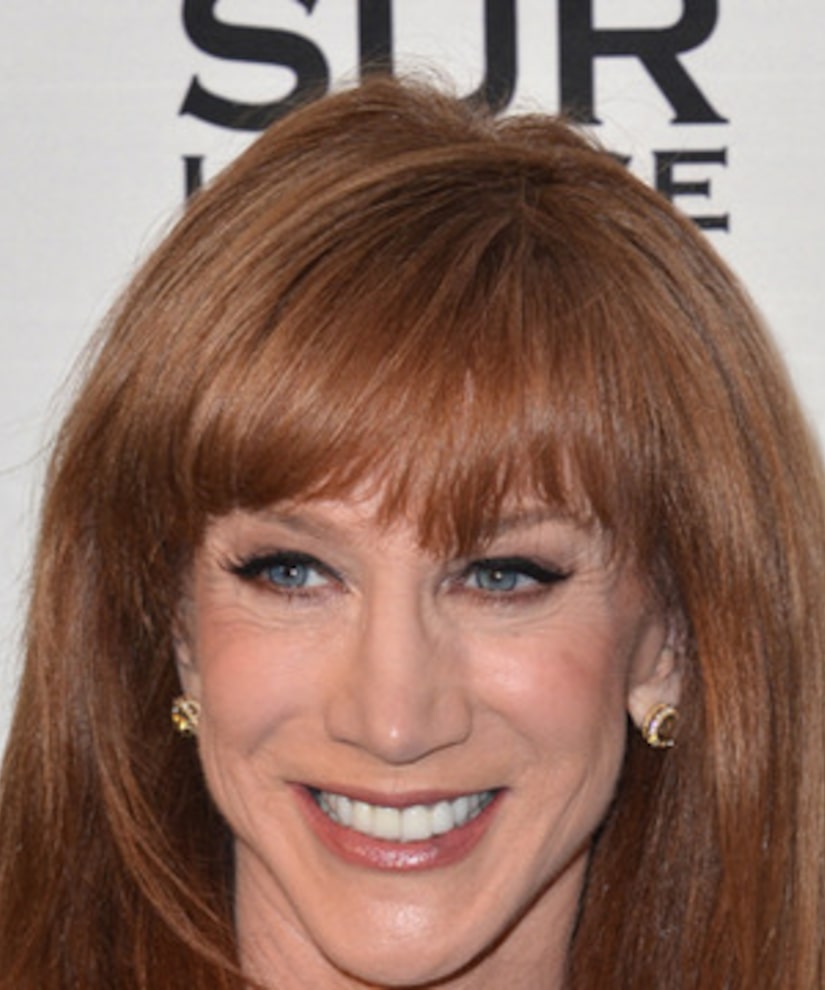 Funnylady Kathy Griffin is sporting a hot new bod these days. Her secret? “I work out and I’m bitter -- that’s my diet,” she told “Extra’s” Mario Lopez. “Crunches and negativity.”

Kathy, who will launch her new self-titled talk show on Bravo in April, has a younger man to go along with her hot look. She reportedly met newspaper marketing manager Randy Bick at the Los Angeles Food & Wine Festival last fall. She's 51, he's 33.

“First of all, guys my age never ask me out and second of all, I'm a predator,” she jokingly confessed while visiting The Grove.

Between her upcoming TV gig and her current comedy tour, no one is safe. Kathy will poke fun at anyone.

“Mel Gibson is off the rails. I can't believe I never dated him!" she said of the troubled star, adding a quip about a certain former first lady too, "I love Hillary Clinton the partier, I love to see her like she's on Oxygen's bad girls club.”

For more of Kathy, watch the interview and find tickets to an upcoming show!