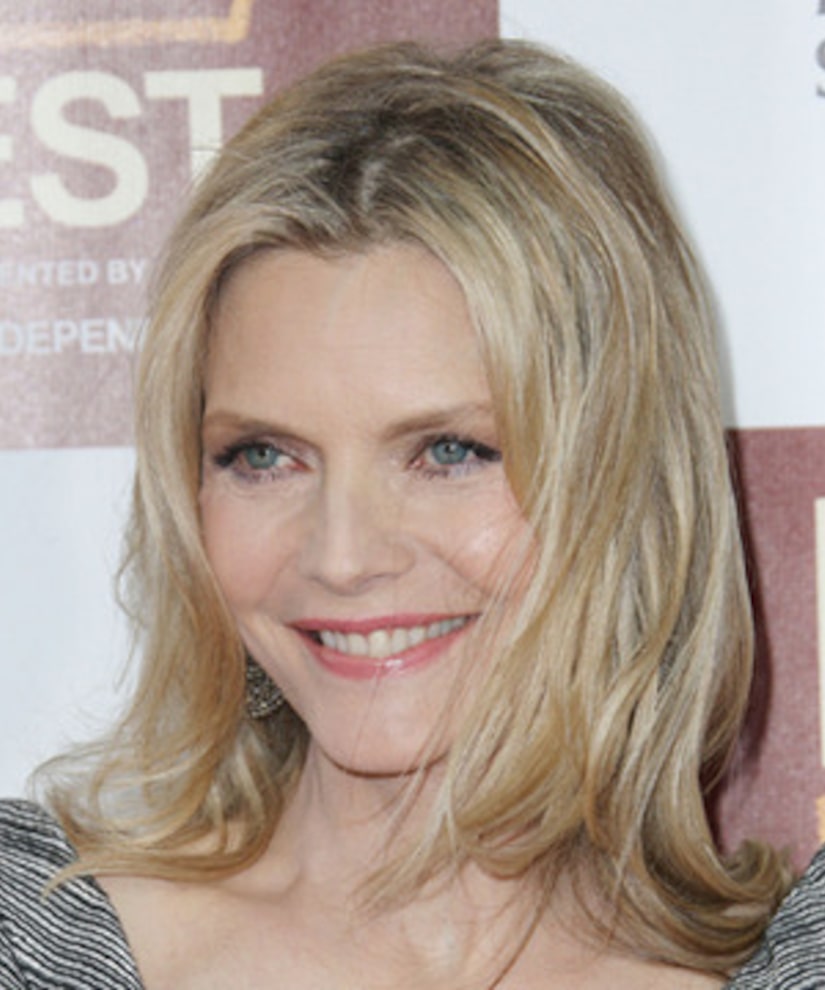 “Extra’s” Jerry Penacoli caught up with actress Michelle Pfeiffer to talk about her new movie, marriage and her secret talent!

Michelle stars in “People Like Us,” about a mom who hides her husband’s affair and love child for years. The Hollywood beauty, 54, went au naturel for the role and called it “scary and liberating,” but that’s not why she can’t stand to watch herself onscreen.

“My voice drives me crazy,” she confessed to Jerry. “I can't listen to it!”

Jerry also found out about Michelle’s “X-rated” hidden talent. She learned to tie Maraschino cherry stems with her tongue back when she worked at Vons in 1974. Watch the video and find out what happened when he surprised her with a whole jar!

She wasn’t shy about her 19-year marriage to television producer David E. Kelly either. Michelle loves his integrity and admitted, “he’s also cute…but not too cute, he's got some scars.”