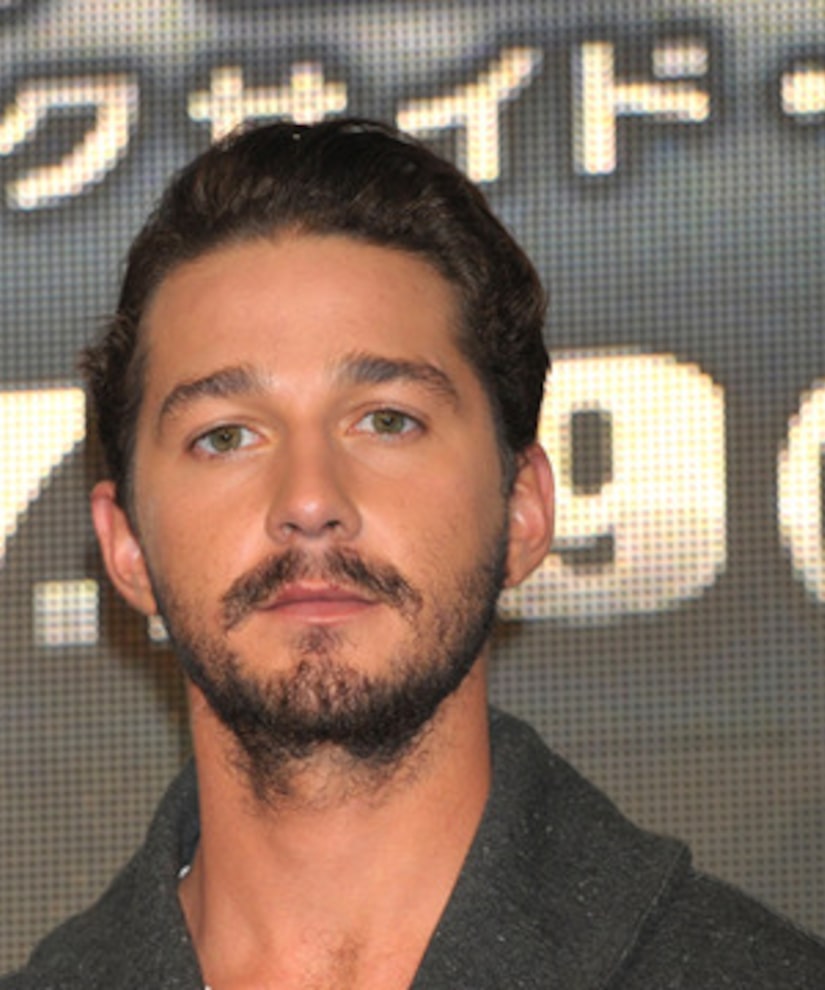 The 8-minute video, about addiction, starts off with LaBeouf in bed with a lover (Denna Thomsen) and covered with paint markings and dead butterflies. After they rise from bed and stand to face each other (this is where the full frontal comes in) it is time for a scantily clad interpretive dance.

Before they know it the couple is whisked away by two men who give them glowing lollipops and take them on an underwater car ride. When they make it back to their room, a violent argument erupts.

Sigur Rós recruited filmmakers to select songs from its new album, “Valtari,” and make videos as part of the “Mystery Film Experiment” series. Each director was given a $10,000 budget and no instruction.

“Fjogur Piano” filmmaker Alma Har'el wanted her video to be about the cycle of addiction told through dance. “The things you can't say in words are best said in dance,” she told the Wall Street Journal, explaining that the plot was “about addiction to drugs, or sex, or anything–and how you get stuck in a cycle.”