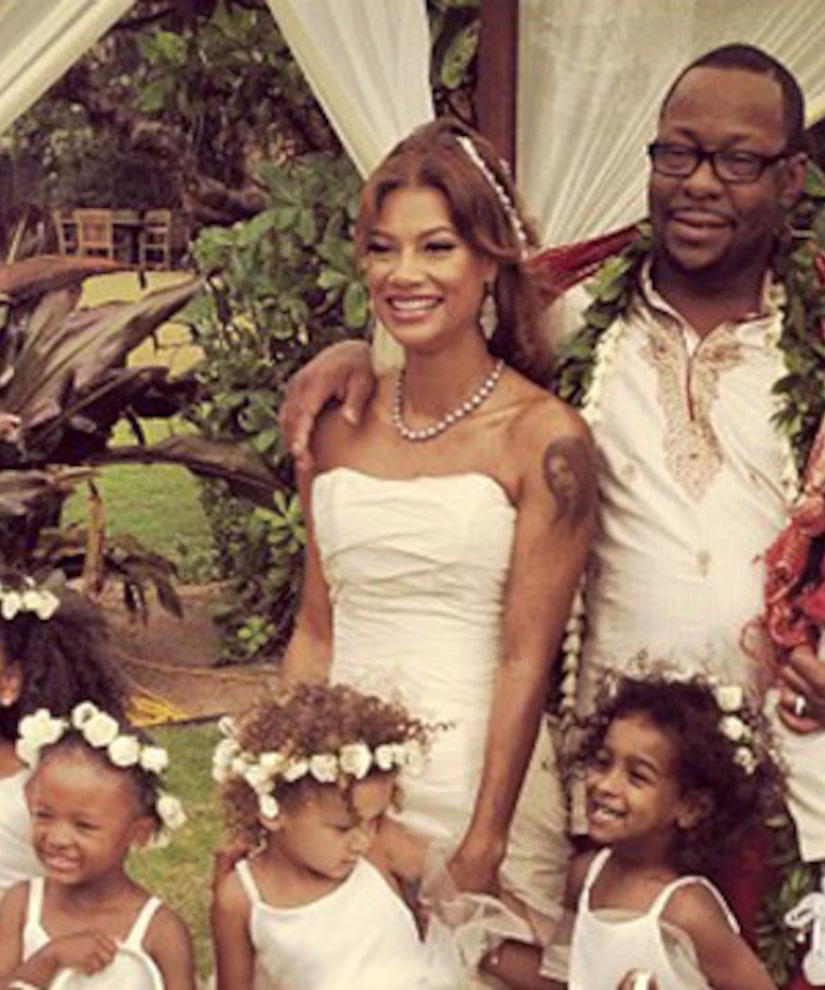 Bobby Brown is a married man. The R&B singer tied the knot with fiancée Alicia Etheredge on Monday, reports People.

The pair said “I do” in Honolulu, where he was in town doing a concert with New Edition. On hand to witness the nuptials were family and friends, including Brown's children, Landon, 23, LaPrincia, 22, and Bobby Jr., 19 and the couple's son Cassius, 3. Noticeably absent was his daughter with Whitney Houston, Bobbi Kristina.

Bobby, 43, and Alicia posted the happy news on Instagram with a photo of the wedding party, which shows Brown and little Cassius in red suits and sneakers.

Despite Bobby's bad boy past, Alicia knows her true friends and family are supportive. “If they're my friends or my family, they know that I know what I'm getting into,” she told “Today's” Matt Lauer in May. “Absolutely, because they know this man. We go through the ups and downs together. It's meant to be.”

The “My Prerogative” singer proposed to Alicia during a sold-out New Edition show in Jacksonville, Fla. in 2010.