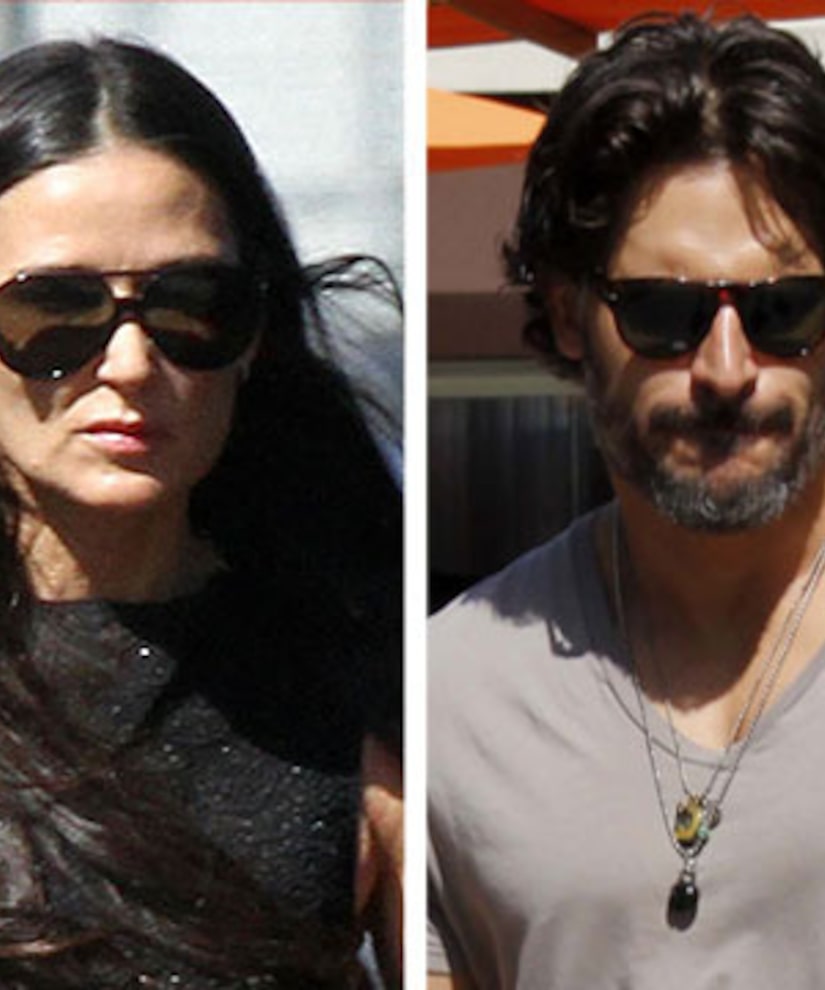 It looks like Demi Moore may be back on track after a difficult year, which included a split from Ashton Kutcher and a rehab stint.

The Daily Mail reports the actress, 49, has been hanging with “True Blood” star Joe Manganiello, 35. The two were spotted having a good time with each other at the “That's My Boy” after-party in Los Angeles.

A source said, “They looked amazing together. Demi was getting a lot more attention than a lot of the younger girls in the room, and Joe was seen waiting for her before they went off and hung out together at the party. They had amazing chemistry.”

UPDATE: Manganiello talked with Ryan Seacrest on his radio show Thursday, and Joe said he is not dating Demi Moore. "There is 100% zero truth to that."

Officially dating or not, "Extra" wants to know what you think of the couple.