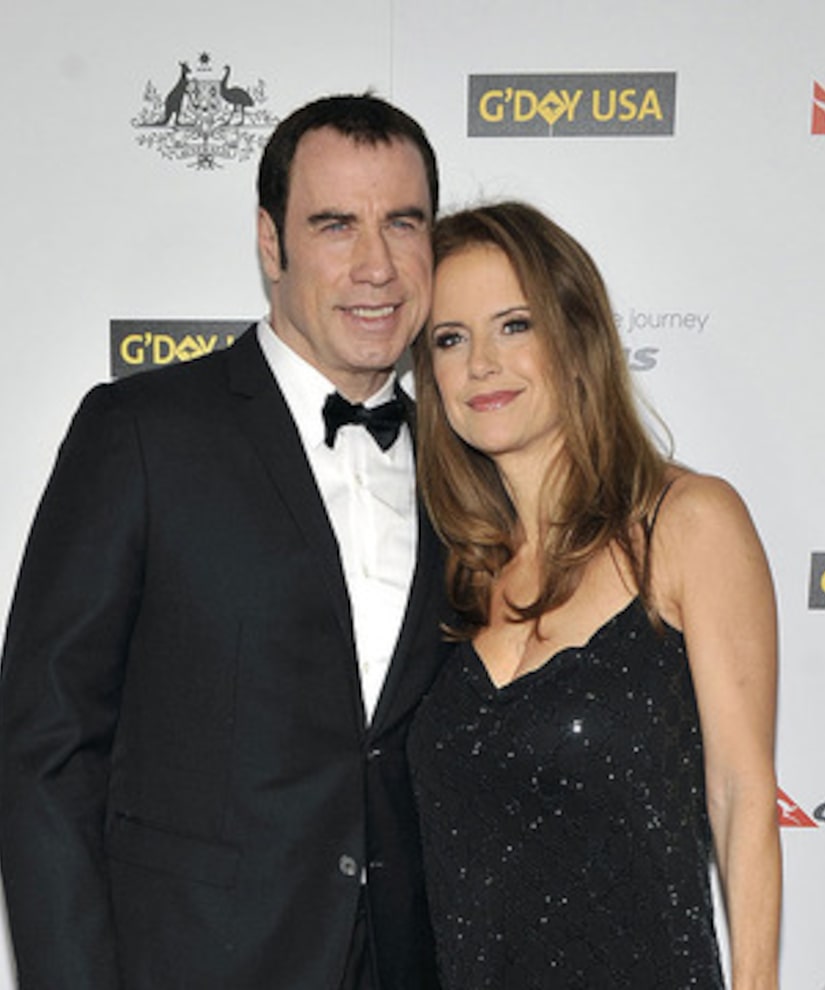 “Extra’s” Jerry Penacoli sat down with John Travolta in an exclusive interview, in which the actor, who was promoting his upcoming turn in the Oliver Stone thriller “Savages,” told Penacoli his 20-year marriage to Kelly Preston has helped him through the rough spots.

“We've always been stable with each other,” said Travolta. “We use our communication skills. We understand what is going in life.”

John continued, “I think the toughest part was just the loss of our son and once we were able to get through that -- and times we didn't think we were going to -- I think we figured we could handle anything… Everything else pales in comparison.”

As for his career, Travolta is already getting great reviews as a corrupt federal agent in “Savages,” partnering with pot growers played by Aaron Johnson and Taylor Kitsch and going up against Mexican drug lords played by Salma Hayek and Benecio del Toro.

Check out his performance when “Savages” opens in theaters July 6.