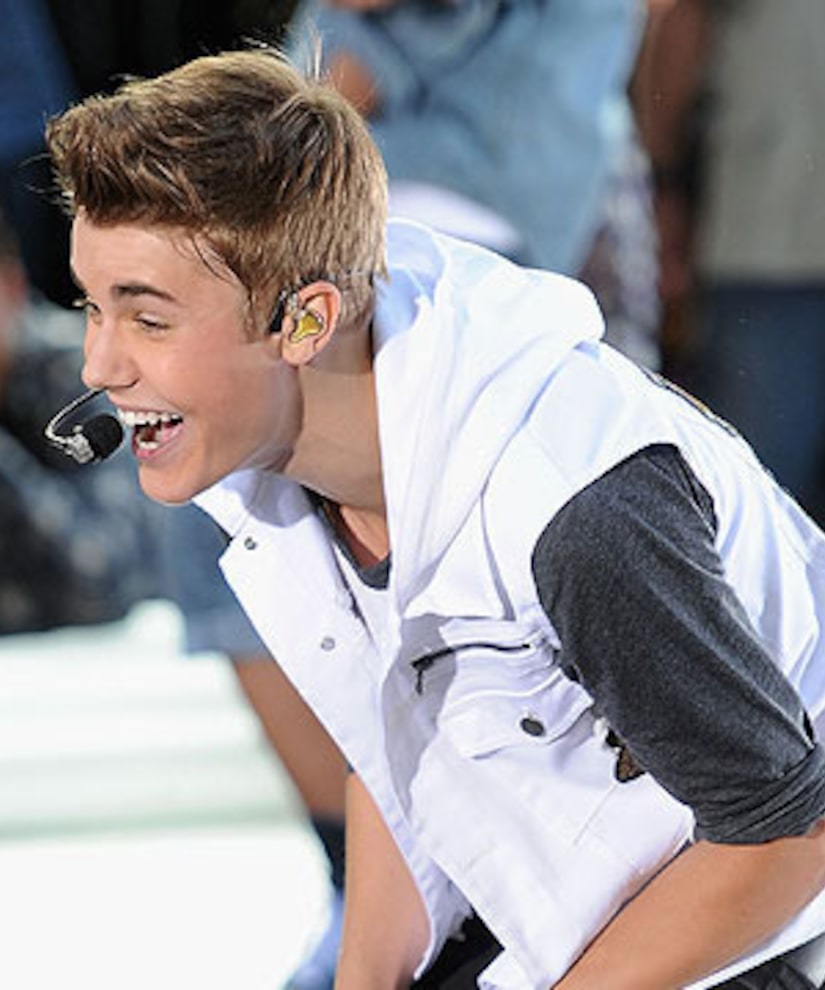 “Extra’s” AJ Calloway spoke with Justin Bieber at the Sirius XM studios before his huge “Today” performance for 8,000 screaming fans.(Watch a clip!)

Calloway asked Bieber about the song “Maria,” which takes aim at Mariah Yeater, the woman who claimed she had Justin’s baby, but later dropped a paternity suit against him. Justin explained, “The song ‘Maria’ is basically about how they're talking about me having the baby and stuff.”

The Biebs also dished on his wild trip to Norway, where fans were hurt in a stampede to see him. “We got chased by boats,” said the singer. “We were performing on the water, so fans’ boats were chasing our boat, like hundreds of boats.”

As for running into a glass wall in Paris and suffering a concussion, Bieber told Calloway what happened. “There was a glass behind the stage and I was coming off for water, and I kept walking and I walked right into the glass. I tried to play it off, but I was like, ‘Whoa, that really hurt!’ I had one more song to play, ‘Boyfriend.’ After my adrenaline was gone, I just fell out and passed out for like 15 seconds.”