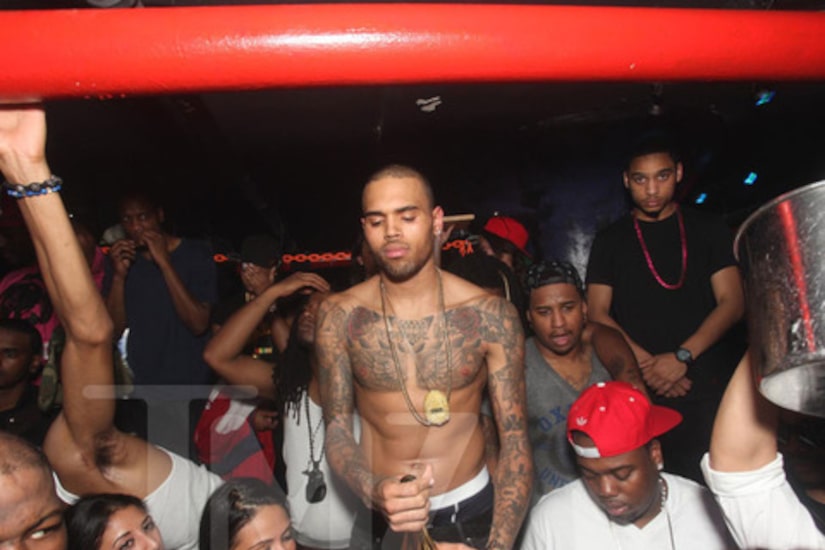 New photos and videos have surfaced from the Wednesday night NYC bar brawl between Chris Brown and Drake's entourages, revealing the party scene before, after and during the scuffle.

TMZ posted the above photo of Brown surrounded by revelers and holding what appears to be a $2,000 bottle of Ace of Spades champagne just before the heated exchange (supposedly over Rihanna ) began.

Video taken from the back of the club, looking down on the VIP area where the alleged run-in happened, shows a commotion and a large man (thought to be Brown's bodyguard Big Pat) being escorted away, covered in blood. 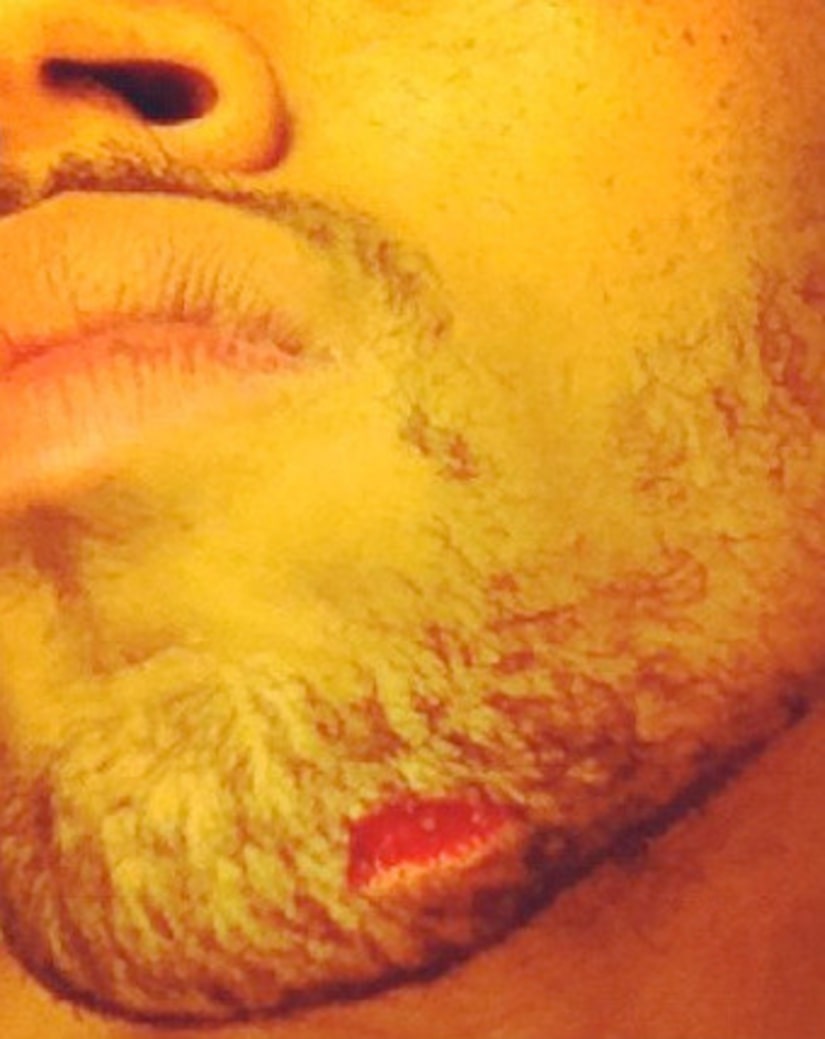 Coverage of the aftermath includes video of bloody victim Hollie C., who told TMZ she blamed the fight on “stupid famous people,” and Brown's photo and short-lived tweet, "How u party wit rich n**** that hate? Lol... Throwing bottles like girls? #shameonya!” 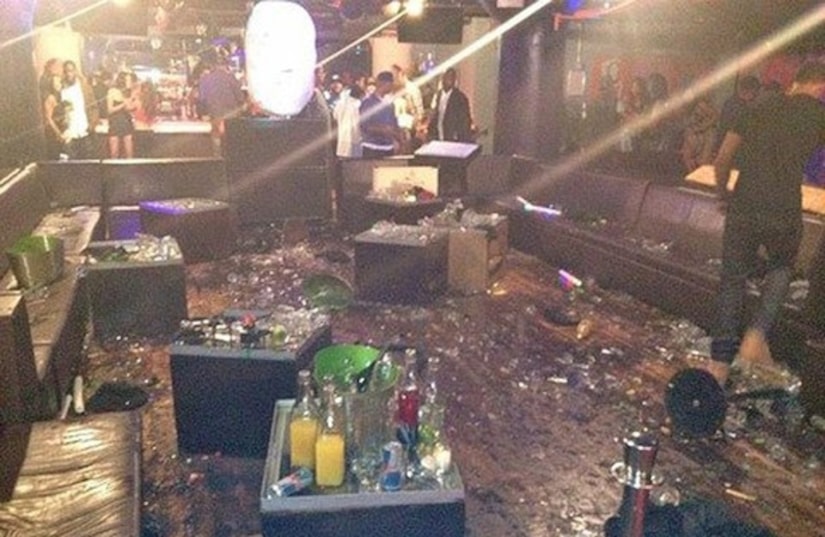 Images on Instagram show the VIP section was left in shambles and was scattered with debris. One eyewitness gave a video account of the incident and provided footage of Brown and Drake leaving the club after the fight.

The NYPD, who received a call about the melee between 4 AM and 5 AM, confirmed to TMZ that the two entourages got into a brawl at W.i.P nightclub. Chris and Drake were not on the scene when police arrived and no arrests were made. Five people were injured, none critically.

Stories vary about what actually happened. The Sun reports that Brown sent Drake a bottle of champagne as a peace offering, but Drake responded with a nasty note. Sources tell the paper that Chris got angry and confronted the other singer who threw a punch. Before Brown could retaliate, Drake's friend hit him with a bottle. Drake's rep denies it, saying his client wasn't involved.

UPDATE: Brown's management responded to the rumors on Friday, tweeting, "There was no bottle sent to @drake and there was no note! Stop the lies, TMZ/MTO!!!! There were no punches thrown, just glass."

A new report from TMZ accuses one of Brown's friends of throwing gang signs and making death threats at Drake's posse just before the brawl broke out.