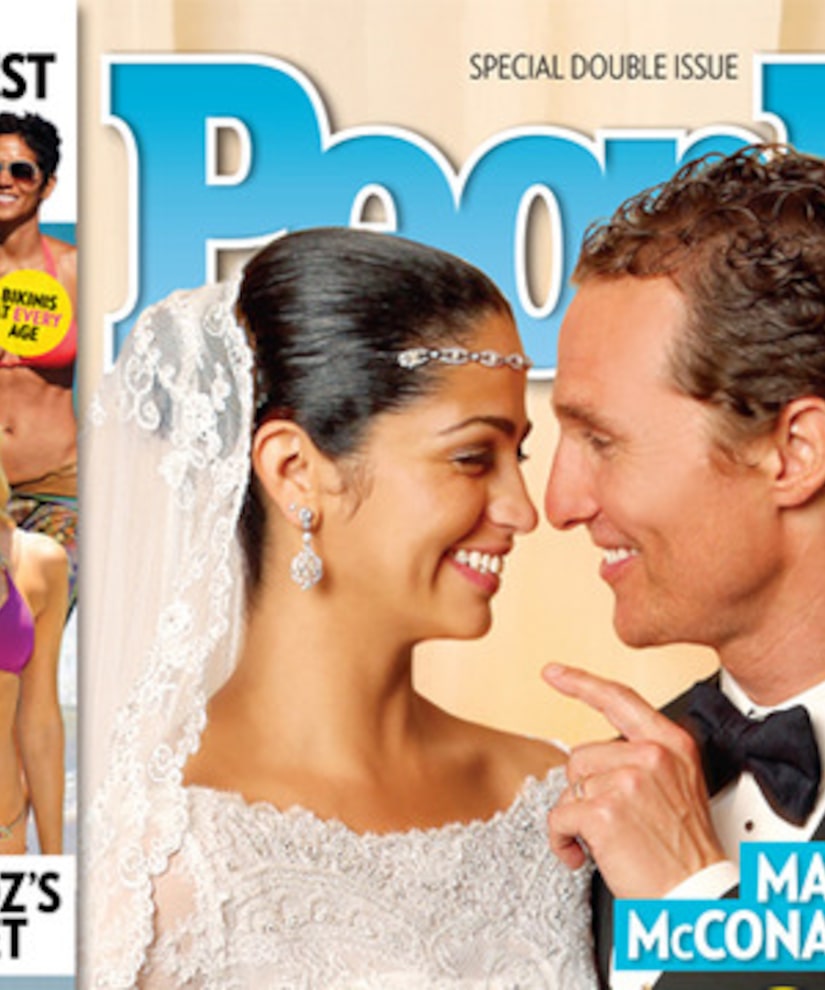 Actor Matthew McConaughey and new wife Camila Alves look picture perfect on the cover of Friday's People magazine. In the spread, filled with wedding photos, the two reveal all the secrets from their intimate nuptials on June 9 in Austin, Texas.

"We decided to embrace the ritual of marriage as an opportunity and adventure we'll take together," McConaughey, 42, told the magazine.

Joining them on the adventure will be their two children, Levi, 3, and Vida, 2. Camila felt the ceremony held special meaning for the kids. "Somehow they both seem to understand what we are doing on a spiritual level."

The bride wore a handmade dress from one of her favorite Brazilian designers, a pair of white Stuart Weitzman heels, while McConaughey sported a black Dolce & Gabbana tux.

There were only about 120 guests at the ceremony. Celebrities included Woody Harrelson, Reese Witherspoon, John Mellencamp (who sang a song during the service), Meg Ryan -- and director Richard Linklater, who helmed two of McConaughey's films, “Dazed and Confused” and most recently, “Bernie.”

The new Mrs. McConaughey (she will take his last name) and the "Magic Mike" actor began dating in 2006. Matthew, 42, popped the question to Camila, 30, on Christmas Day.