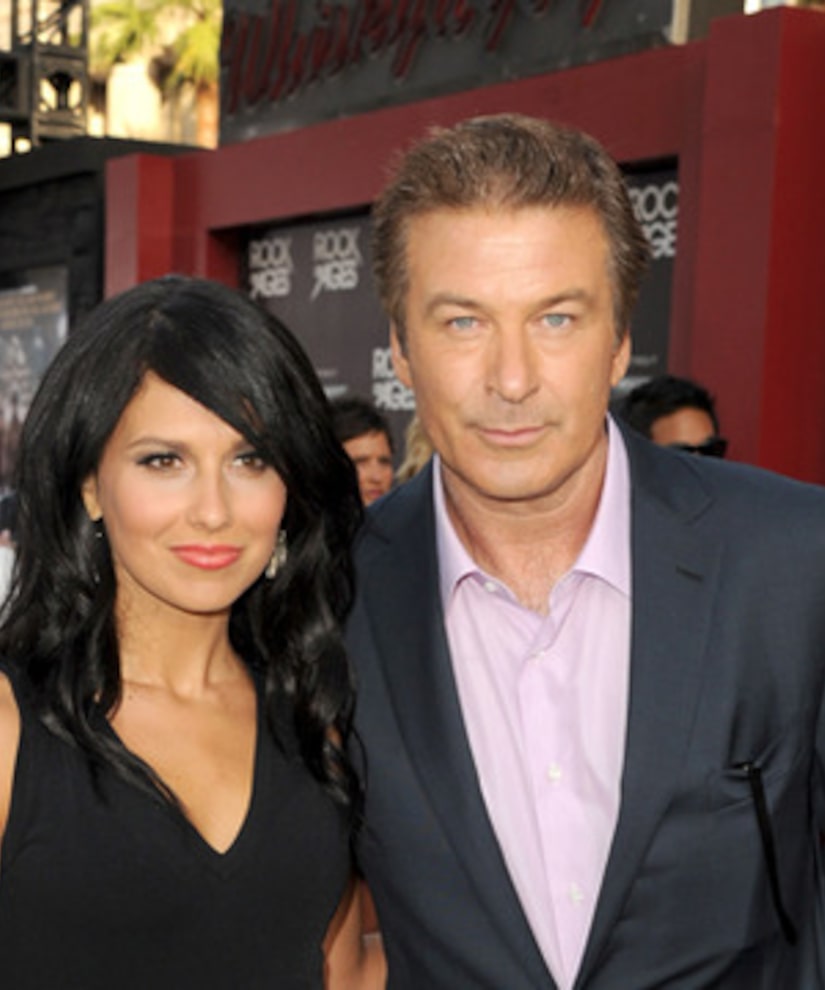 Actor Alec Baldwin, 54, and fiancée Hilaria Thomas, 28, will tie the knot on June 30, reports the New York Post. The “30 Rock” star and yoga instructor are planning a Catholic wedding at Basilica of St. Patrick’s Old Cathedral in New York.

The church is a storied site built in 1810 and was a location for many famous movies. Francis Ford Coppola used the interior for the scene in which Al Pacino renounces Satan in “The Godfather,” while Martin Scorsese used the graveyard for “Mean Streets” and “Gangs of New York.”

“This wasn’t a quick decision. It took a lot of planning,” a source told the paper, explaining that several documents had to be produced to the church.

Alec's camp didn't immediately respond to "Extra's" request for comment, but in April, Thomas spoke with correspondent A.J. Calloway about her upcoming nuptials. First and foremost she wanted "something really simple, I don’t like drama.”

The yoga instructor also said she doesn’t want bridesmaids, adding, “With my guy, I don’t need a bachelorette party.” Calloway jokingly asked if he could throw Alec a bachelor party. She quipped, “You guys can do yoga! Yoga with carrot sticks.”

As for the proposal, Hilaria gushed that her man was “very romantic… He got down on his knee, and I don't remember the rest because I started crying. See! I'm a blushing bride. Look what you're doing to me. You're turning me into one of those cheesy brides!”