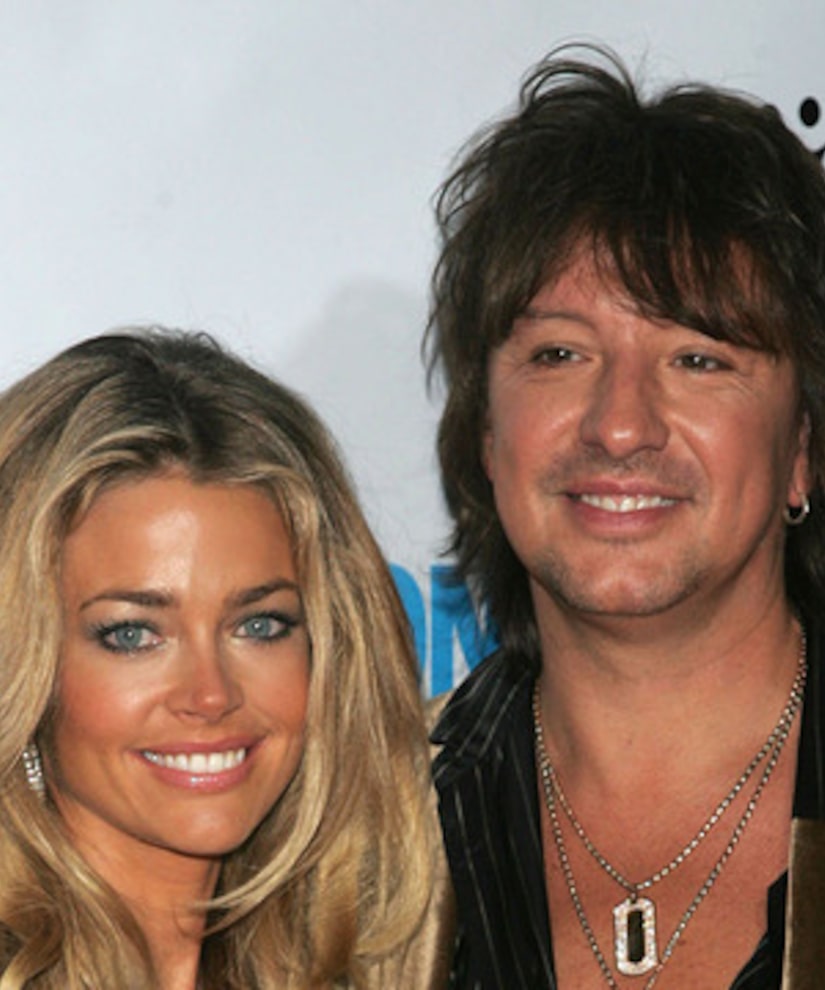 The 41-year-old actress was due to accompany the Bon Jovi rocker, 52, to the CMT Awards June 6, but he left after the two had a major fight.

A source told the Huffington Post, "Denise was invited to Nashville to introduce a band at the CMT Awards. She decided to take Richie with her and once they knew he was coming, they asked him to give an award to Willie Nelson. But after an epic battle between the two of them, Richie left both Denise and Willie hanging."

Richards and Sambora have been on and off for about five years. Last month, they made a public appearance together when the Midnight Mission honored Sambora. "This is a big night for Richie, so I'm here to support him," Denise said at the time. "It's really important work that he does." Sambora beamed, "We're back on. It's all good."

Richards told “Extra” at the CMT Awards she would “absolutely” get married again, if the situation presented itself.

In the meantime, Richards is set to guest star in the FX show “Anger Management,” starring opposite her friendly ex-hubby, Charlie Sheen.