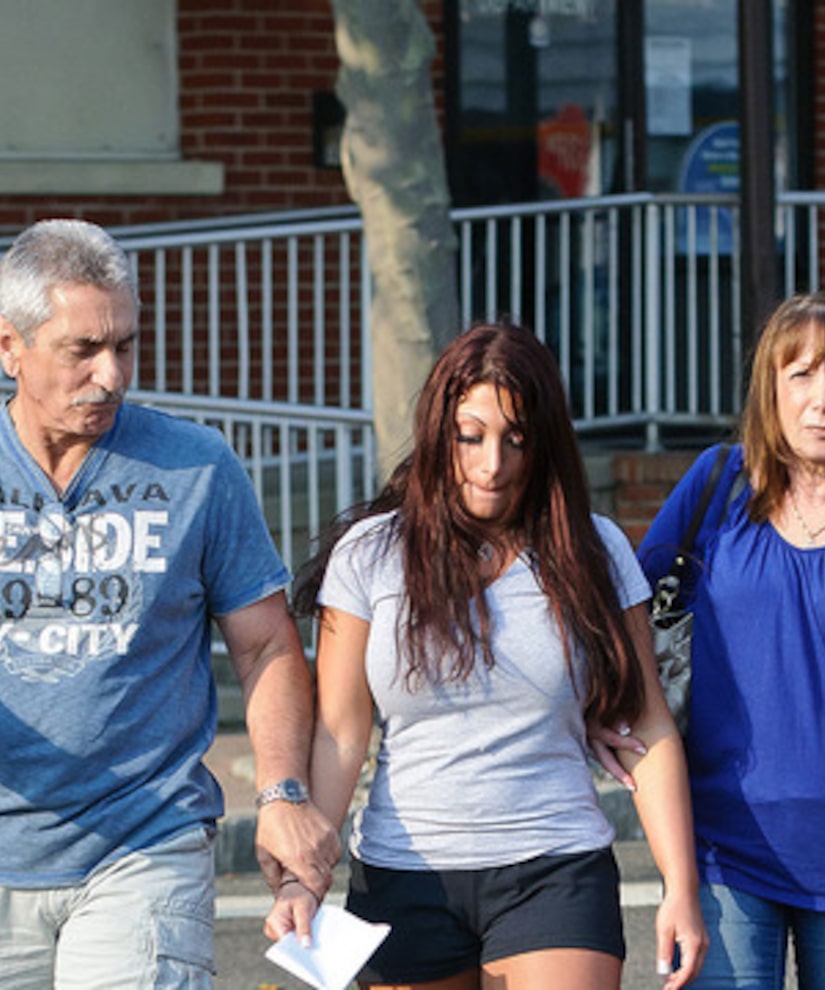 Uh-oh, somebody might be in trouble with the folks. Deena Cortese, 25, one of the stars of “Jersey Shore,” was released from jail Sunday into her parents' custody after being arrested on a disorderly conduct charge.

Earlier in the day, Cortese was partying at a bar in New Egypt, N.J. when she walked out and allegedly began obstructing traffic by dancing around. Watch the footage.

Detective Steve Korman from the Seaside Police Department told E! News, “An unidentified driver was attempting to drive around her and she wouldn't let him pass. An officer arrested her and she was charged with disorderly conduct. She was processed and released."

Cortese is scheduled to appear in court on July 3.