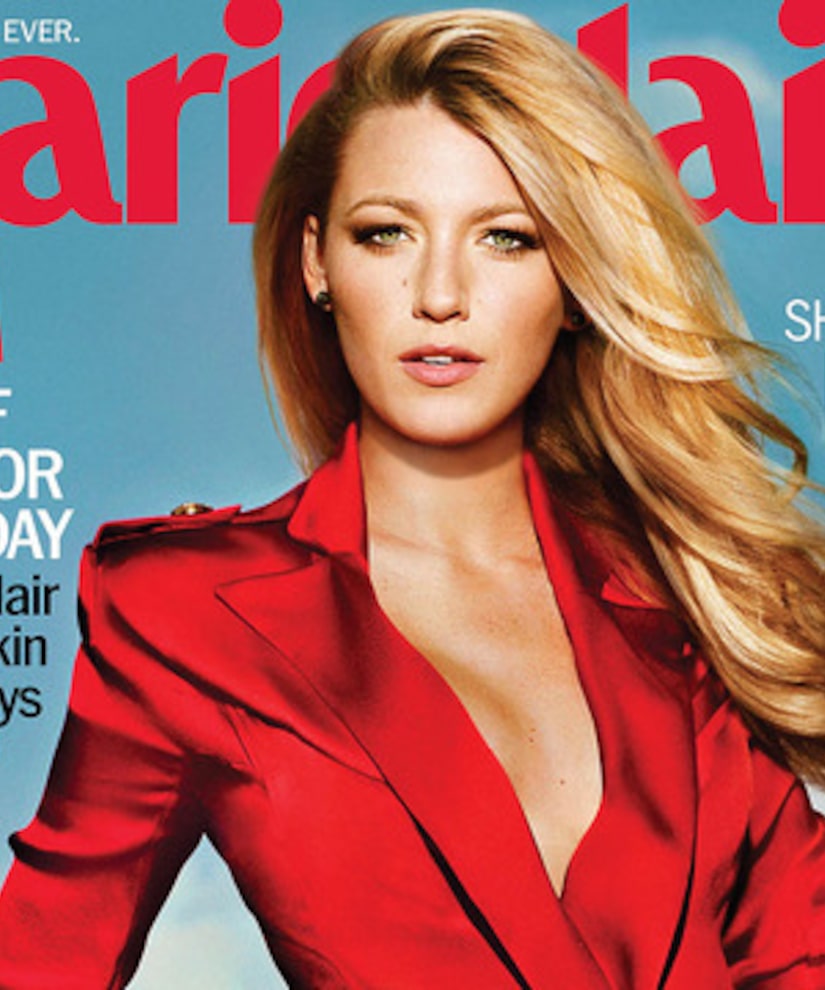 The lovely Blake Lively graces the July cover of Marie Claire, talking about her life off the set of “Gossip Girl,” and preparing for her gritty role in “Savages.”

On the public's perception of her, Lively told the mag, “People like to draw parallels between my life and the scandalous stories on 'Gossip Girl.' I dress the same as my character, so they think, 'She lives this life on and off set.' I recently shared how many boyfriends I've had [four], and people were like, 'That's impossible!' But it's true. I've been with very few people. If I'm not with somebody who really excites or inspires me, then I'd rather be by myself.”

She has good taste, too. Her exes include Penn Badgely and Leonardo DiCaprio, and her current beau is her “Green Lantern” co-star, Ryan Reynolds.

Lively is also starring in the upcoming thriller “Savages,” playing a girl caught between her two pot-selling boyfriends and a mean Mexican drug lord.

She didn't particularly like having to learn to shoot a gun. Blake explained, “I went to the gun range and learned how to shoot a gun for the first time. It was awful. I asked myself, 'Why were these things ever invented?' But I did feel good that my first three shots were straight to the heart. It's good to know -- don't mess with me in a gun battle.”

Read more of the interview at MarieClaire.com and watch behind-the-scenes footage from the photo shoot!