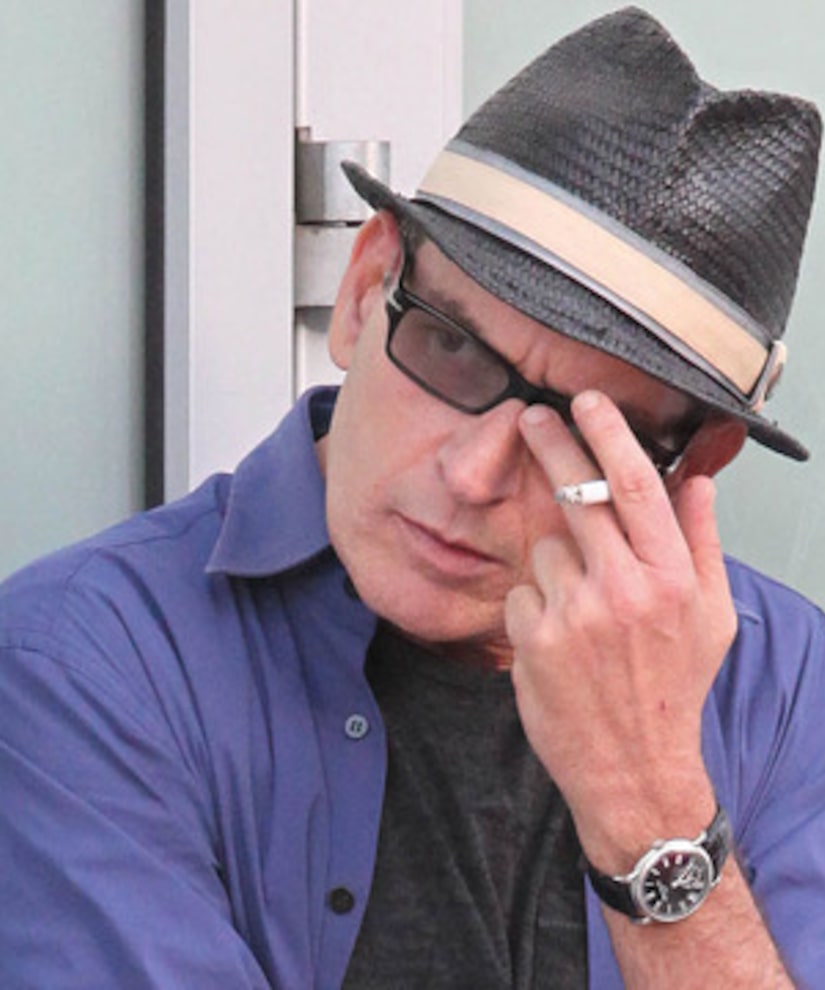 The TV star's temper flared Wednesday when a security guard told him he couldn't re-enter Staples Center to watch the L.A. Kings game after taking a smoke break -- and unfortunately for Sheen, it was caught on video, says TMZ.

After the guard remained firm, Charlie snapped, "You know what? F**king blow my balls, alright, you f**king asshole." Still, policy is policy; Staples Center will not let people reenter once they've left.

The "Anger Management" star soon cooled down and was heard telling friends, "Have common sense and common courtesy gone in society? That was what I was trying to impress upon her."

Charlie eventually left the stadium without ever getting back in. He told TMZ, "Bad juju. Clash of the silly."