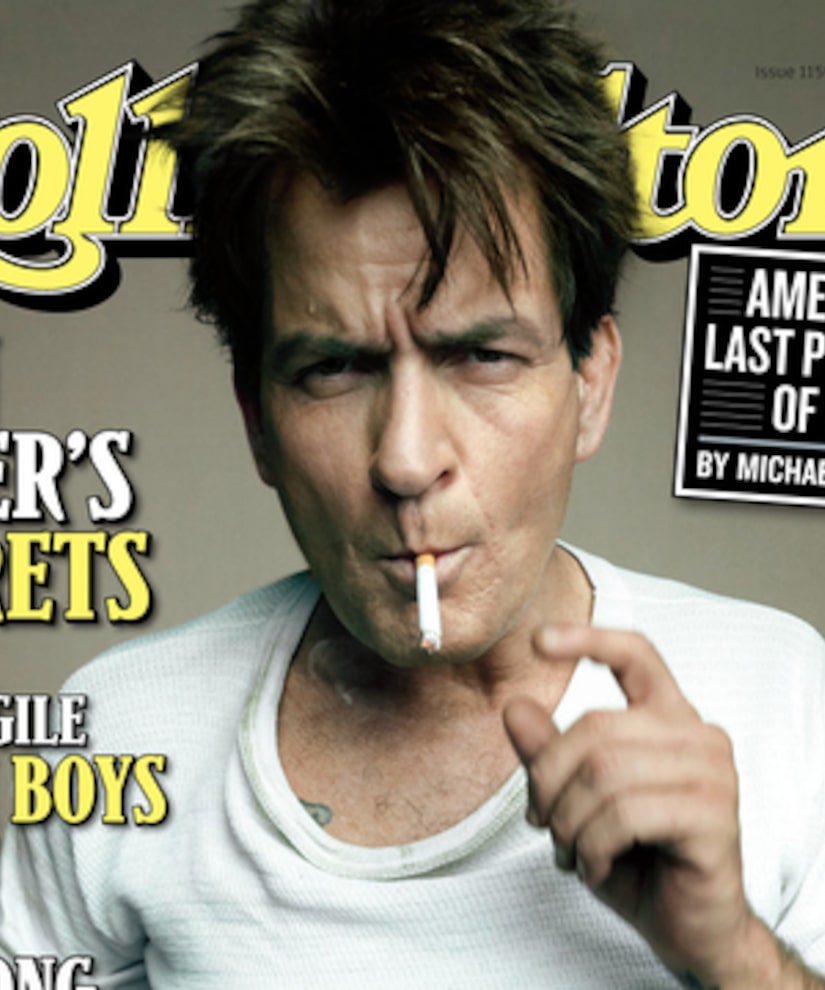 Actor Charlie Sheen isn't holding back when it comes to questions about his past; whether it's “winning,” foot fetishes or falling off the wagon -- he's an open book.

Sheen, who made the cover of Rolling Stone's June 21 issue, spoke candidly with the magazine about all things Charlie.

When it comes to his public meltdown after being fired from “Two and a Half Men,” he admitted there was nothing “winning” about it. “I mean, how does a guy who's obviously quicksanded, how does he consider any of it a victory? I was in total denial."

With his life back on track -- he stars in the new FX comedy “Anger Management” -- Charlie's relationship with ex-wife Denise Richards has improved. Richards said, "He and I are like best friends now. Confidants. He tells me everything."

Sheen added, "And we sleep in separate rooms. Everybody's going to want to know that, too."

Meanwhile, he was candid about being off the wagon. "I mean, the shit works. Sorry, but it works. Anyway, I don't see what's wrong with a few drinks. What's your drink? Tequila? Mine's vodka. Straight, because I've always said that ice is for injuries, ha ha."

And, when it comes to foot fetishes, it's more about his dislikes. "I've not dated girls because of their feet, just the length of certain toes and the shape of where things should be and they're not. Hammertoes are bad. And the second toe being too long? That's bad, too."