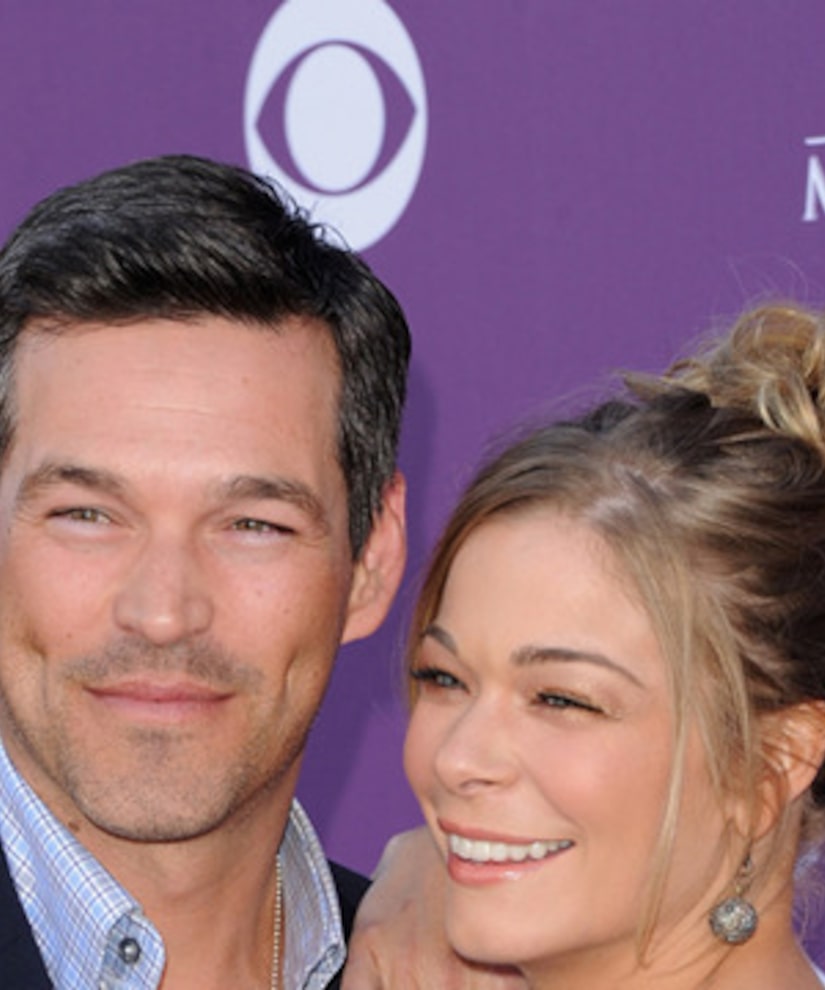 Singer LeAnn Rimes, 29, and hubby Eddie Cibrian met up with “Extra’s” Renee Bargh at the L.A. Fitness Signature Club opening to chat about workout routines, TV roles and the strange story behind the renewal of their wedding vows.

The couple’s plan to walk down the aisle again in Cabo almost didn’t happen because of an abscessed tooth. LeAnn was put on some heavy medication, but doctors let her go.

“I'm not even sure if she knew what she told me [while on the medication] by the way!” Cibrian said of his wife. “I promised a lot of stuff I will never live up to!” LeAnn replied.

Photos of the country singer surfaced soon after the trip, but how does she stay so thin? She jokingly credited “airbrushing,” but then added, “Boxing is my main thing. Then I jump rope, lift weights and I do Pilates and yoga.”

LeAnn wasn’t shy about talking about “X-Factor” either; admitting she met with them, but it just didn’t work out, although she’s still a fan. “Britney's been around for a very long time, so I don't doubt they can bring the [mentoring].”

“You think he's the sweetest guy ever, and then…” he laughed.