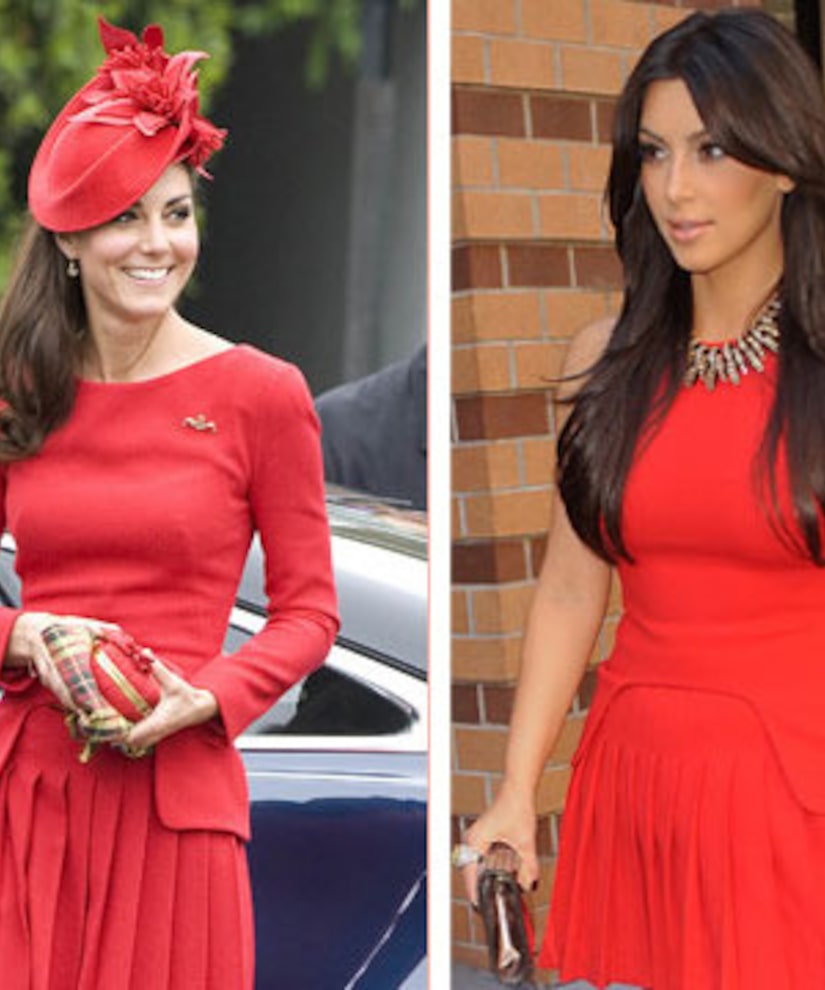 The Duchess of Cambridge, Kate Middleton, appeared at the Diamond Jubilee River Pageant this weekend in a radiant red Alexander McQueen dress, which oddly resembled a dress reality star Kim Kardashian wore in 2011.

Kate was spotted in the McQueen dress alongside Prince William for the boat parade in London and paired her look with a red clutch, nude pumps and a brooch.

Kim's version of the red hot McQueen dress was sleeveless, and paired with a silver clutch, a bold necklace and snake print Louboutins. She was seen wearing the now controversial outfit days before her wedding to Kris Humphries.