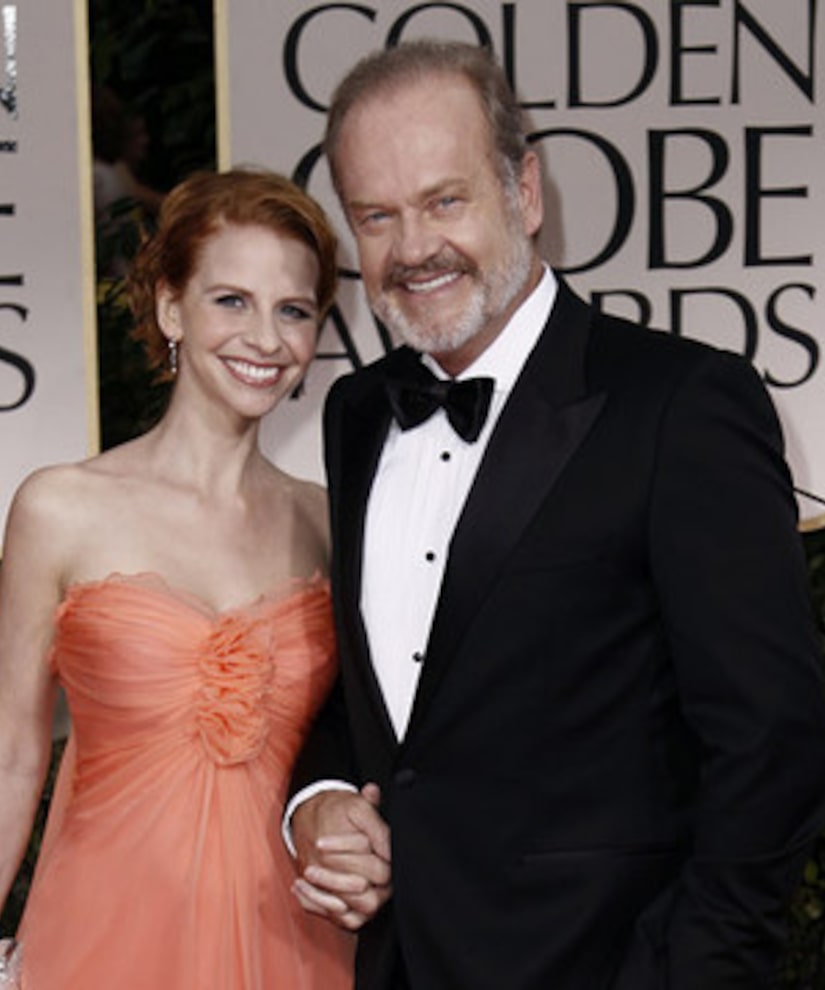 The wedding took place Saturday at the Little Church of the West in Las Vegas. The "Frasier" star wore a Tom Ford suit during the Sin City outing, inspired in part by the 1964 Elvis Presley-Ann Margaret classic, "Viva Las Vegas."

Kelsey joked about the nuptials, and his wife who is expecting twins next month, saying, "I've always wanted shot-gun wedding pictures so we can show the kids later on!"

He added, "We wanted to celebrate and re-dedicate [ourselves] to how much we love each other and to our growing family around the bend."

Grammer then gushed to the magazine that he's just grateful Kayte took the plunge again. "I love that she had the courage to marry me twice!"

The couple were first married in New York City's Longacre Theatre on February 25, 2011.