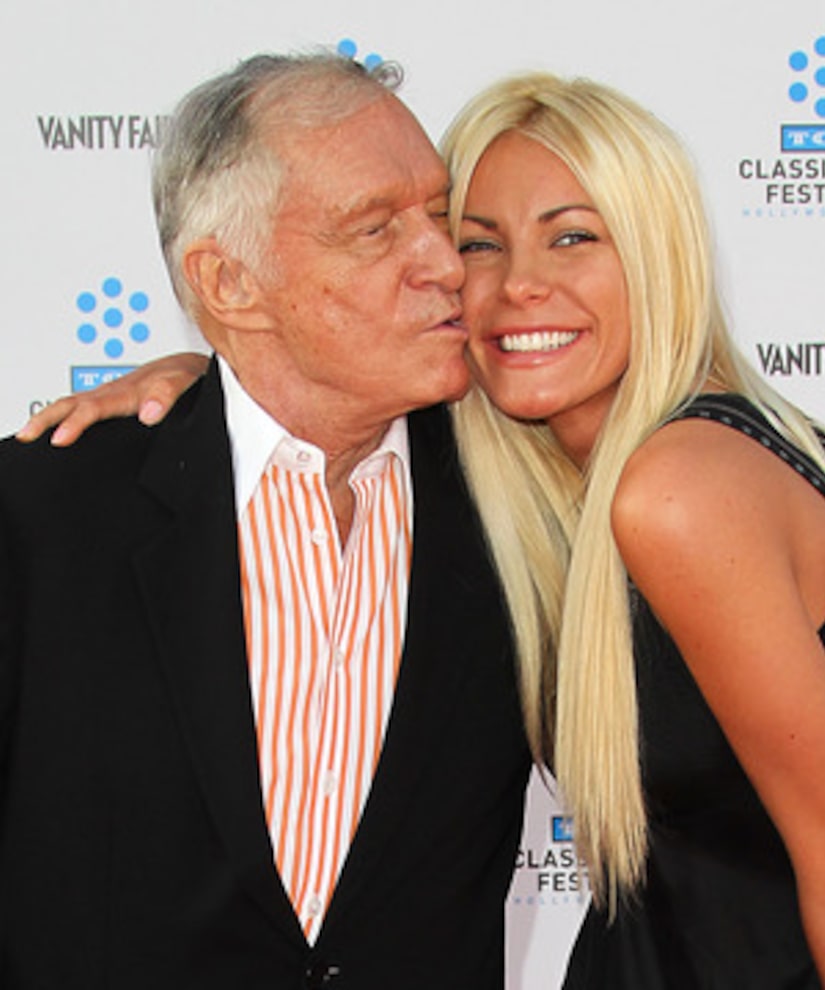 Former Playboy Bunny Crystal Harris, who left Hugh Hefner at the alter in 2011, announced Friday via Twitter that she and Hef have reunited.

"Yes I am his #1 girl again," Harris tweeted confirming reports of a reconciliation. "Yes we are happy. Hope that clears up any confusion! Xo."

Harris, 26, and Hefner, 86, broke up in dramatic fashion in June 2011 with Harris calling off their weddingjust days before the nuptials.

In an exclusive interview on "Extra," the former Playmate told addiction specialist Dr. Drew why she left. "Maybe I was kind of broken, looking for a safe haven… (but) I turned it down, walked away. I left because I realized money was not the most important thing in life."

When Hefner proposed, Harris admits she just couldn't say no. "Wow, this is Hugh Hefner wanting to marry me? I must be, you know, somebody special!" But Harris said she started having second thoughts right after she said yes.