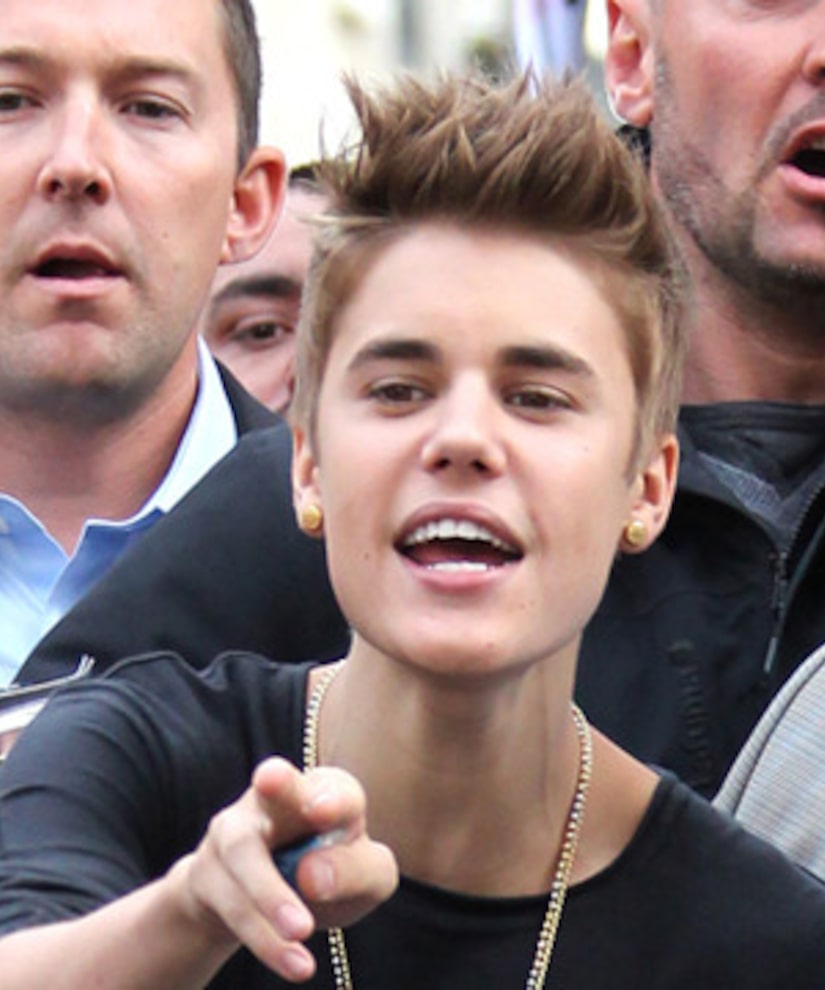 Heading backstage, the pop star walked right into a glass wall at his concert. He told TMZ he felt “lightheaded” after the incident, but was able to finish his final song through pure adrenaline. Once it was over, he passed out for 15 seconds!

“I felt a little lightheaded but my adrenaline pushed me through it and I performed the last song,” he explained. “And then after that I went off stage and immediately felt really weak. I was walking down the stairs and I passed out for like 15 seconds. I was unresponsive, not talking or anything…then finally I opened my eyes. I saw the doctor and he told me I had a concussion.”

Bieber isn't embarrassed about the accident, admitting, “You've got to laugh at yourself sometimes. I guess me and glass windows don't work.”

Fans can rest assured the Biebs is going to be OK, despite the head injury.

After the show he tweeted, "Thanks for the love but there are alot of people out there who need prayers. im fine. just smacked my head and needed some water. all good."

He is still recovering, though. On Friday he wrote, “moving a little slower today” and that a friend “grabbed me ice for my forehead.” Later he tweeted his revenge against that dreaded glass wall, writing, "i will see u again Glass. I will have my revenge. BIEBER vs GLASS. MGM LAS VEGAS 2013. lol. ‪#GottaLaughAtYourself"

His stop in Paris is part of the “Justin Bieber: All Around the World Tour,” which will air June 21 on NBC.

Bieber left Los Angeles just as police were seeking him for questioning in a scuffle involving a paparazzo outside a Calabasas mall.