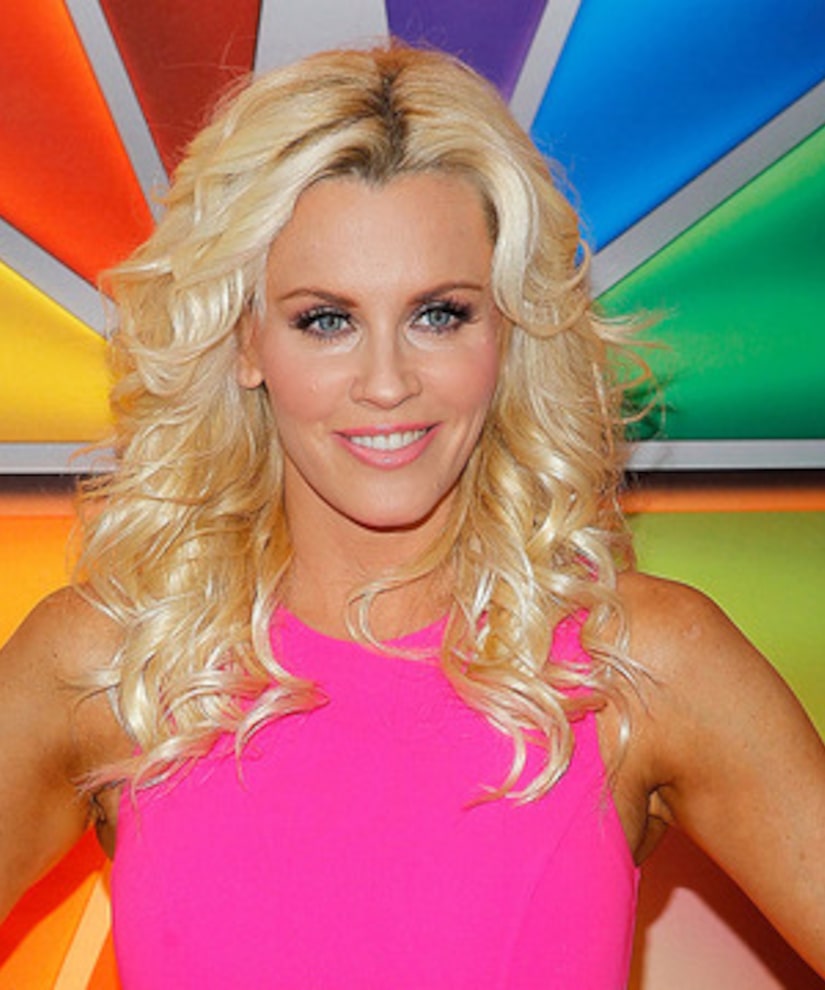 “Love in the Wild” host Jenny McCarthy stopped by The Grove to chat with “Extra’s” Mario Lopez about Season 2 of her NBC reality show – and her real-life romance with NFL player Brian Urlacher.

Mario asked the lovely McCarthy how she met the Chicago Bears linebacker. “He wasn't on Match.com. I'll tell you that,” she laughed, adding, “We have mutual friends who made the connection.”

On the show “Love in the Wild,” which sees singles competing in challenges as they embark on a journey to find true love, Jenny described it as “‘Survivor’ meets the ‘The Bachelor’. A lot of drama, a lot of skanks, all the things you want to see in one of these shows.”

McCarthy also talked about her upcoming Playboy photo shoot, the sixth time she’s posed for the magazine. “I kind of wanted to give it one more go before the puppies fall to the ground. Why should 20-year-olds only be considered sexy? I think we get better with age.”

And how does she stay in shape? Jenny quipped, “Stupid yoga, and running and everything I hate.”

Watch Jenny on “Love in the Wild” when the second season premieres June 5 at 9:00 PM on NBC!