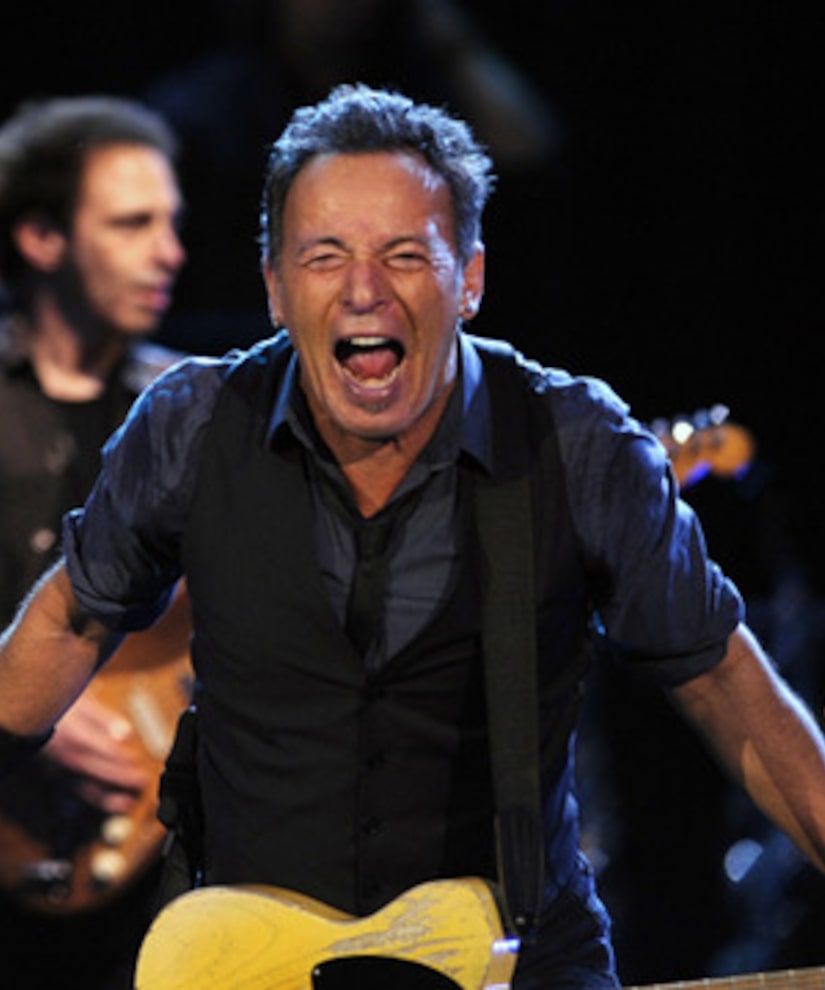 Singer Bruce Springsteen, 62, gave bankers everywhere a piece of his mind Wednesday, referring to them as “greedy thieves” and “robber barons” during a show in Berlin, according to Reuters.

Standing before a sold-out crowd of 58,000 fans at Berlin's Olympic Stadium, “The Boss” told his supporters in fluent German, "In America, a lot of people have lost their jobs. But also in Europe and in Berlin, times are tough. This song is for all those who are struggling."

He then launched into his new tune "Jack of All Trades," a skewering of the finance world, with lyrics like, "The banker man grows fat, working man grows thin. Springsteen followed up with songs like “Easy Money” about the “fat cats” and “Death to My Hometown” about the “greedy thieves and robber barons.”

"The financial world has caused us all a lot of our problems and Springsteen has always been a critical spirit -- "that's what I like about him," said Kathleen Wapp, who attended the show. "I like the way he's not afraid to put a critical light on the key issues."

Springsteen has significant history with the city since his July 1988 concert in East Berlin. Some historians believe the show contributed to the fall of the Berlin Wall in November 1989.

His latest stop in the city is part of his 15-country “Wrecking Ball” tour, which concludes on July 31 in Helsinki.