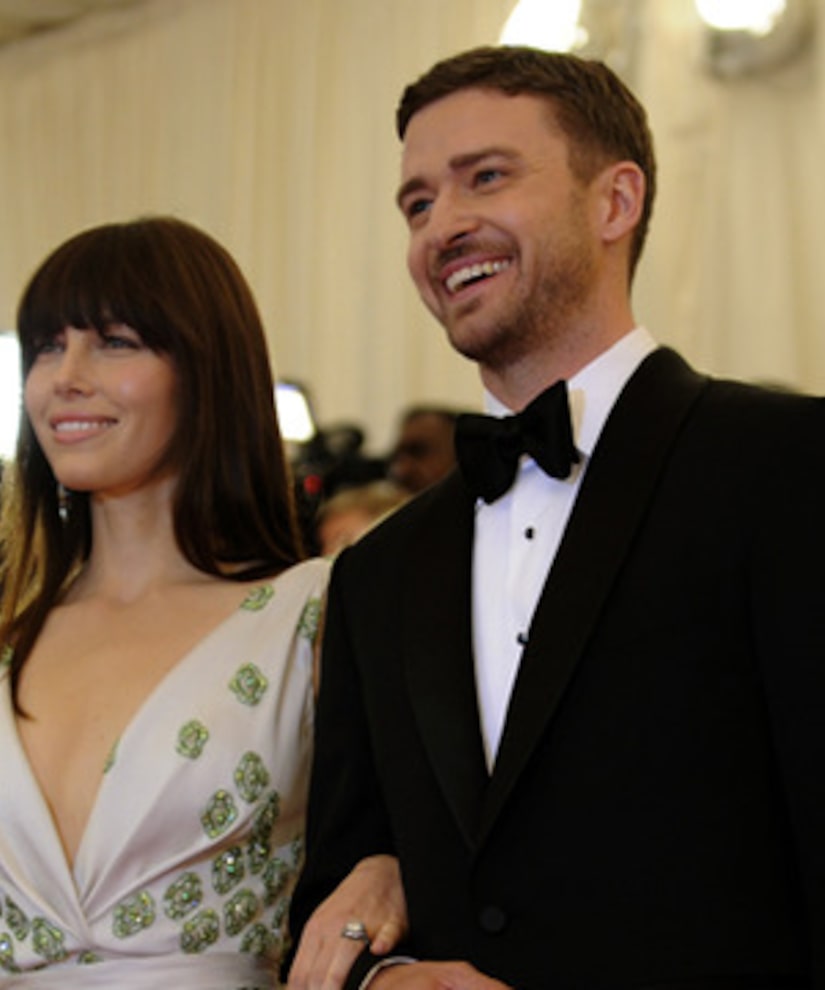 Friends like Ellen DeGeneres, Amy Adams and Lance Bass were among the 100 guests, along with Biel's parents Kimberly and Jonathan.

"Justin and Jessica arrived at the party looking very excited,” a source told the magazine. “Jessica was stunning in a long dress with her hair down."

The party got hopping with some live music, followed by a deejay spinning tunes like Madonna's “Holiday” and Michael Jackson's “Good Times.” A source said the pair “danced and looked very happy.”

The music and dancing were followed by speeches and a source said Timberlake was especially “touched” by Timbaland's words. "You could tell that they have a very special friendship."

With the wedding right around the corner, Jessica finally opened up to the press about what marriage will mean for her life. "I don't think our marriage will change anything,” she told France's Gala magazine (translated by People). “[But] it will be a challenge finding a balance between my private life, family and work, and I'm ready."

And when it comes to her man, she said she values his “ability to communicate well ... to be able to express his feelings. Then loyalty. And, finally, honesty."