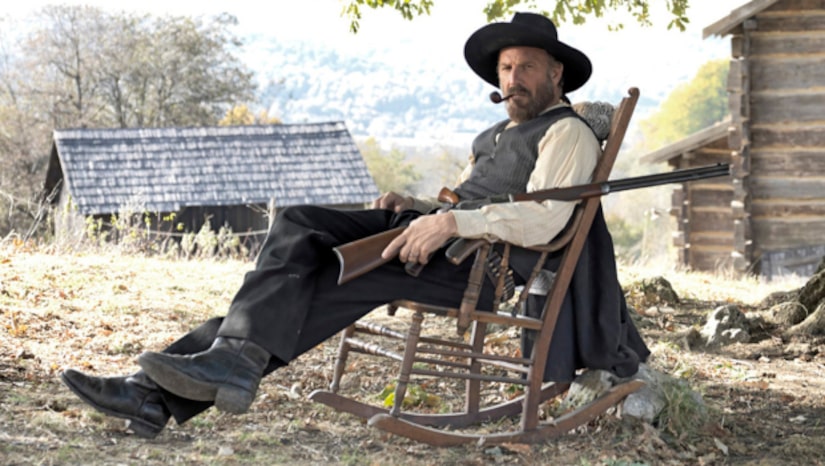 The History Channel declared the debut of its miniseries "Hatfields & McCoys” on Memorial Day a ratings winner!

The network announced Tuesday that first installment of the three-night miniseries pulled in a record-breaking 13.9 million viewers, making it the top non-sports telecast ever on an ad-supported cable network.

"Hatfields and McCoys" stars Kevin Costner and Bill Paxton talked with “Extra’s” Jerry Penacoli about the miniseries, which sheds light on the bloody feud between Devil Anse Hatfield (Costner) and Randolph McCoy (Bill Paxton) during the Civil War era.

The veteran actors couldn't be better buds off screen, though. While Paxton joked about how fast his beard grew while shooting in Romania and the hazards of eating spaghetti and linguine with so much facial hair, Costner got in a few jabs.

"He doesn't eat well [with all that hair]," Costner laughed. "He's practically in a home already. You could see Bill wandering at any point in time [on set]. You've got to pull crumbs out [of his beard]."