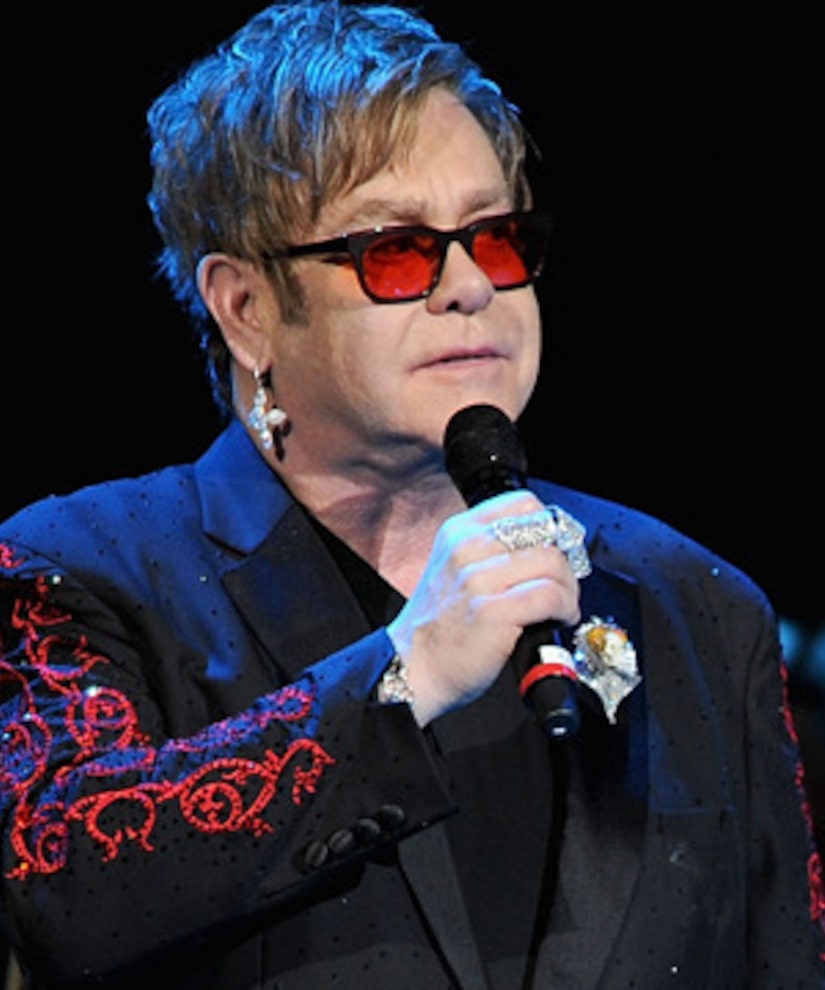 Singer Elton John, 65, is recuperating from a nasty respiratory infection that began last weekend. He's cancelled three of his Las Vegas shows and checked into a Los Angeles hospital for treatment.

John fell ill on Sunday while performing his “Million Dollar Piano” show at The Colosseum at Caesars Palace. When his condition worsened, he checked into Cedars-Sinai Medical Center where he underwent extensive testing.

Doctors ordered no concerts for approximately seven days, lots of rest, and antibiotics. He has since checked out of the hospital, reports TMZ.

“It feels strange not to be able to perform these 'Million Dollar Piano' concerts at The Colosseum,” John said in a statement. “I love performing this show and I will be thrilled when we return to The Colosseum in October to complete the 11 concerts soon to be scheduled.”

He added, “All I can say to the fans is sorry I can't be with you. I hope to see you soon at this wonderful theatre at Caesars Palace.”

The "Million Dollar Piano" show has had its ups and downs. Just last week, John lost his temper during a performance, according to Las Vegas Weekly. He reportedly caused a ruckus, throwing a stool, splashing water and cursing at his management team. Yet, somehow he still received a five-minute ovation from the crowd!