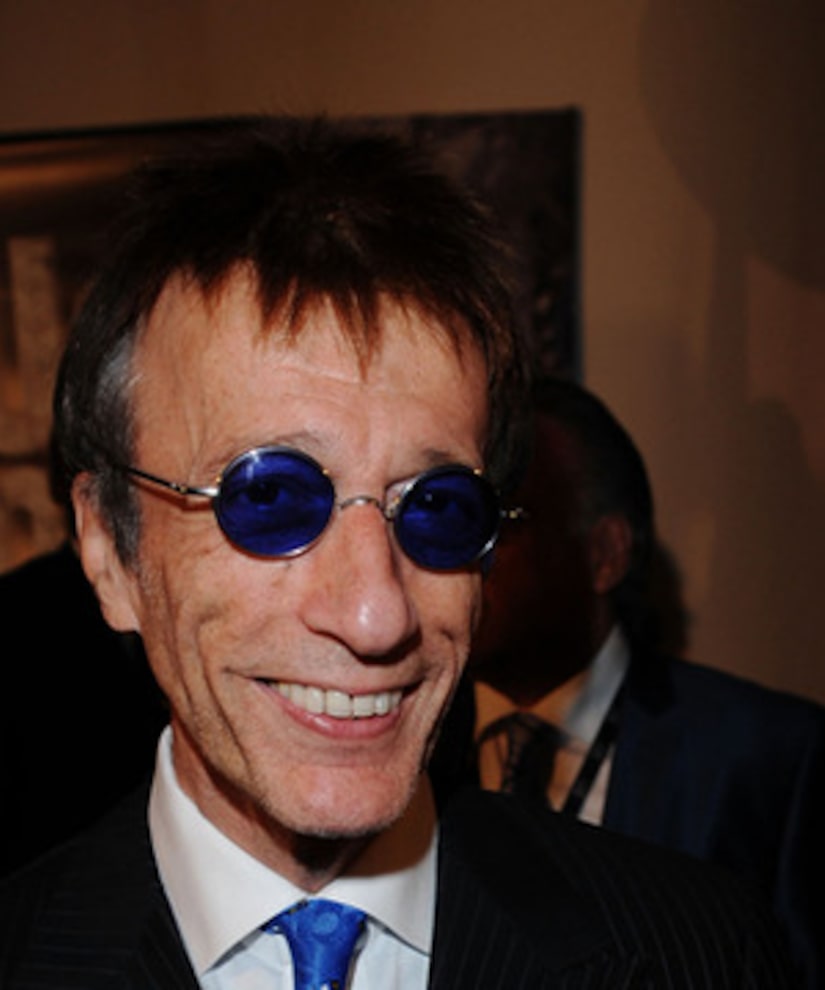 Singer Robin Gibb's private life isn't such a secret these days as details about his promiscuous past come to light in the British press.

It turns out the Bee Gee's racy escapades include one-night stands by the dozen, a love child and an open marriage with wife Dwina, reports the Daily Mail.

The disco legend, who died May 20, wasn't exactly a faithful guy. While married to his first wife, Molly, he stepped out on his marriage -- sleeping with more than 100 women, by his own estimation.

He joked during a past radio interview that he liked threesomes and “cruising” for sex, and later confessed, “I didn't have sex for love, just for fun.”

Gibb has claimed that his second wife of 28 years, Dwina, approved of his many affairs, explaining, “We don't go round joined at the hip because we're married. We've been liberal-minded, but I don't think we've actually used the phrase open marriage. She gives me my individual freedom and space to be creative.”

His freewheeling ways caught up with him three years ago. Gibb had a lovechild with their housekeeper, Claire Yang. The birth of Snow Robin reportedly hurt Dwina greatly and she has refused to talk about her in the press.

A friend told the Daily Mail, “Robin adored all his children and there is no question that Snow Robin will continue to be cared for.”

The little girl's future could be a point of contention between Gibb's family and the housekeeper, according to the National Enquirer. The paper reports that Yang is going after Dwina for a huge chunk of the Bee Gee's fortune.

One person who seems to be steering clear of the drama is Gibb's older brother Barry, whose touching Youtube dedication to Robin went viral. The tribute video, called Bodding, features videos of the group -- starting with their rise to fame in the '60s.