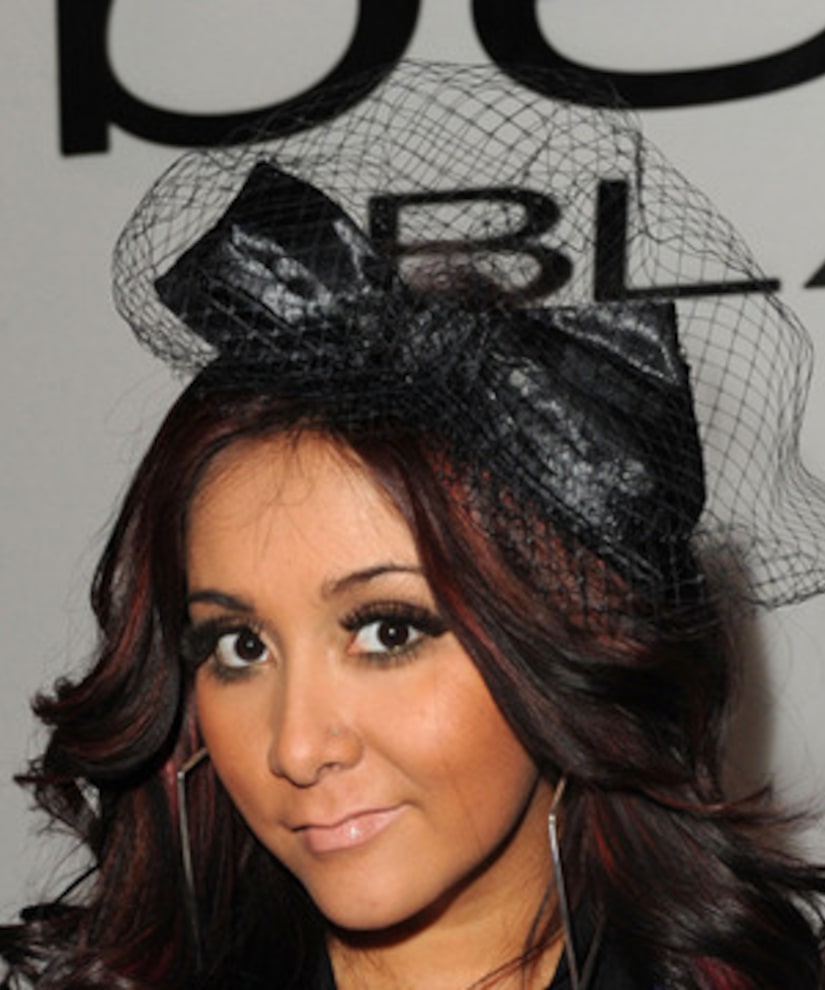 Snooki is having a boy, she revealed exclusively to InTouch. The bouncing bambino will arrive on the Jersey Shore this September.

“Everyone said I was going to have a boy, and they were right!” she gushed to the magazine.

She confirmed the gender with "Extra" later at her book signing in NYC and said there won't be any tanning involved. "I don't think my baby will need any enhancing. I definitely wouldn't be spray tanning my child. But I'm naturally dark and so is Jionni, so the baby will come out dark."

Watch more of our interview and hear how Snooki will dress her little man!

The due date is fast approaching, but Nicole Polizzi and fiancé Jionni LaValle still need to settle on a name. So far, Lorenzo and Jionni Jr. are at the top of their list.

What name would you pick? Sound off here and win points for new prizes!