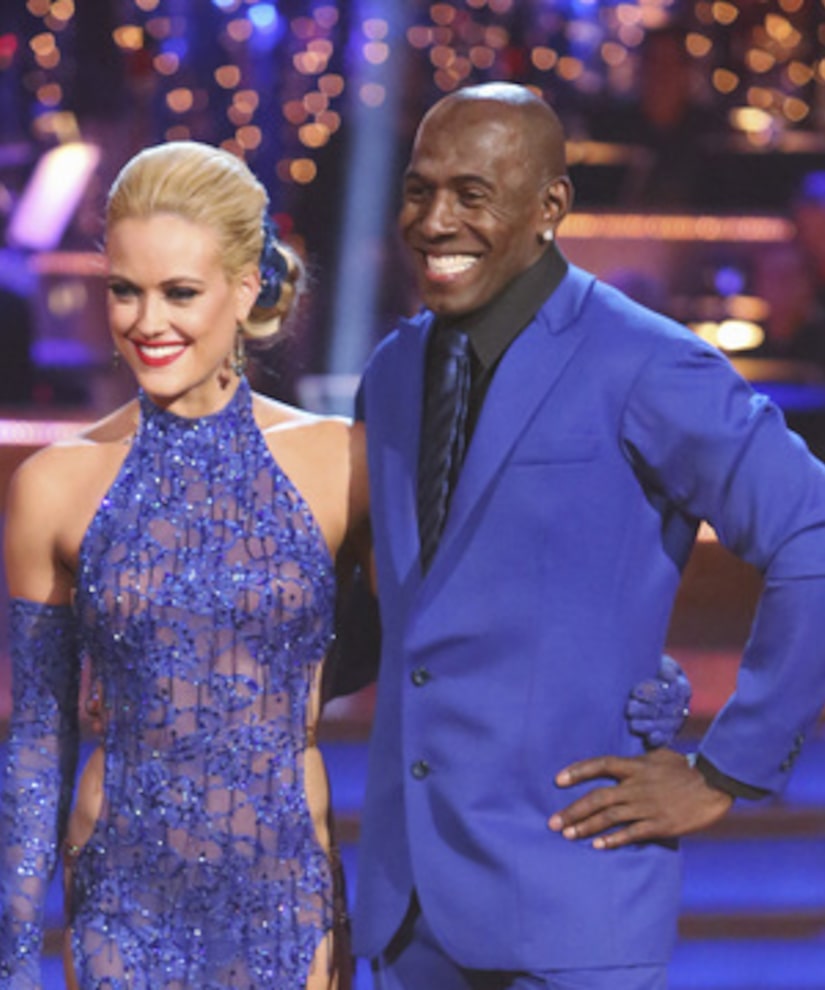 After winning the coveted mirror ball trophy Tuesday night on "Dancing with the Stars," NFL star Donald Driver told "Extra's" Tony Doviolani of his excitement on being champ!

When asked about his initial reaction to the win, Driver said, "I told Peta I apologized for leaving her because I started running around and sliding and rolling on the floor."

He continued about the tears his daughter shed when his name was called. "It's special. My family has been my backbone for my whole life and career."

When asked about the massive NFL fan base playing a part in his win, Donald said, "It wasn't just the NFL fans Tony. It was America."

Dovolani then spoke to former model William Levy about his son's tears as he was named 3rd runner-up. "I saw my son getting a little sad. I told him… we're winners. In life you gotta give it all, and daddy gave it all."

Levy added graciously, "It has been one of the best 10 weeks of my life."

UK opera star Katherine Jenkins, who came in second, revealed she's headed home and will be "singing for the queen next week."

Watch the celebs from "Dancing with the Stars" talk about the upcoming 15th season, comprised of all-stars from previous years!