A partially dressed Miley Cyrus, 19, turned heads as she attended the 2012 Billboard Awards in a very revealing white tuxedo jacket -- and little else.

Cyrus was later snapped returning to L.A. from Las Vegas, where the Billboard Awards were held, with a LOT more clothes on. Check it out, courtesy of x17online.com. 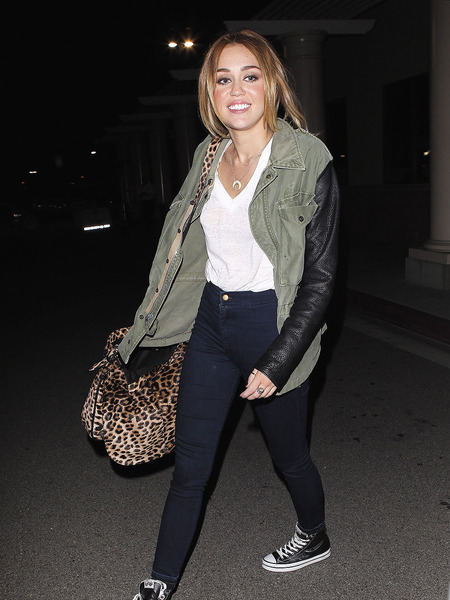