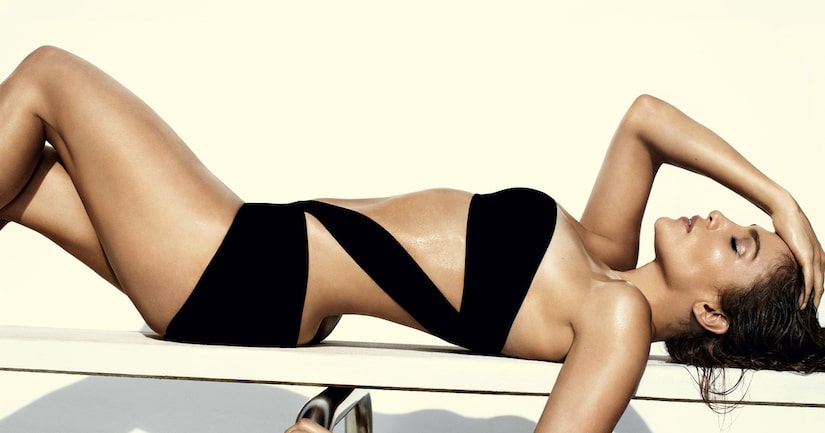 Singer Jennifer Lopez has had quite the week -- appearing in a strapless sexy swimsuit in an upcoming issue of Vogue, announcing her plans to possibly leave "American Idol," and being named Forbes' Most Powerful Celebrity of 2012.

In the June issue of Vogue, Lopez is seen flaunting her stunning figure as she soaks up some rays on a diving board.

Lopez also appeared on “Ellen” earlier this week to promote her new film, "What to Expect When You're Expecting," revealing she may not return for a third season on "Idol."

She explained about not being able to spend enough time with her 4-year-old twins, Max and Emme. "Now they're getting old and they're getting ready to go to school... I just don't know."

Expect "What to Expect When Your Expecting" in theaters Friday, May 18.