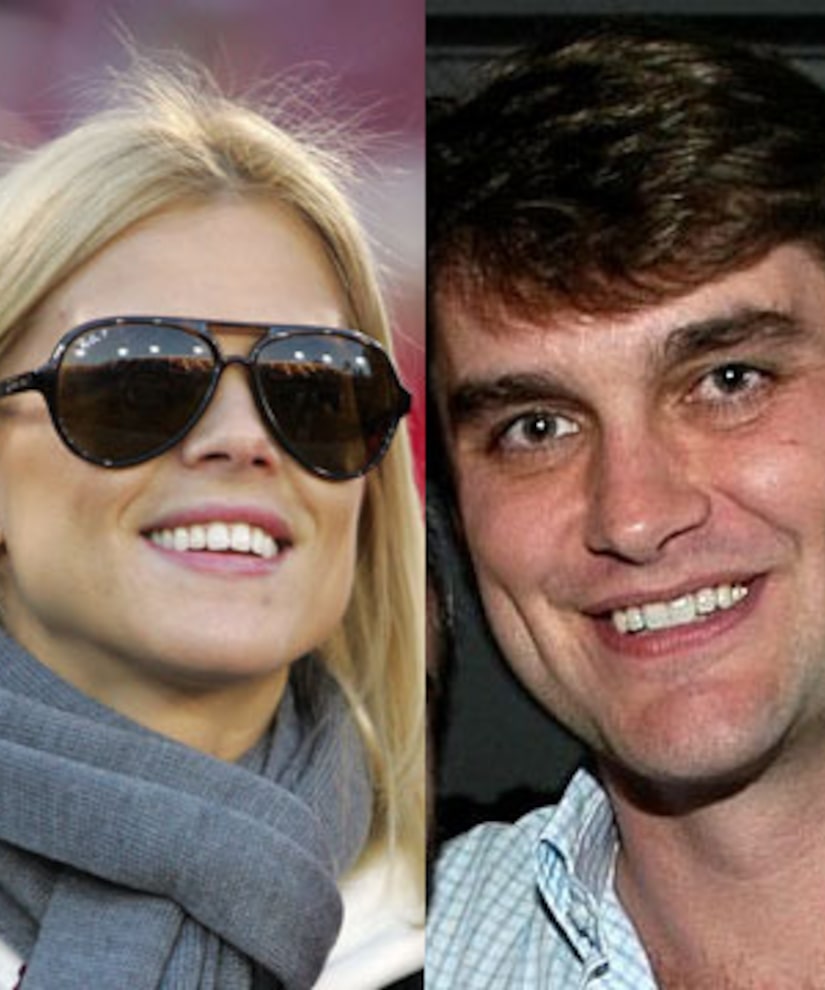 The two, who have reportedly been dating for over a year, were seen getting cozy at a hockey game as they watched the New York Rangers take down the Washington Capitols in game 7.

A source described their relationship since Elin's divorce from Tiger in 2010. "He's never been so happy. He and Elin have strong feelings for each other… He's a classic all-American guy. He's handsome, a total gentleman and low-key. He's never been in the press. Elin's a very lucky girl; he's a great guy but very private."

UPDATE: In a contradictory report, People.com says Elin and Jamie are no longer dating, having ended their relationship in January. A friend of the Swedish model told People, "She says Jamie's a great guy – and they're still friends – but I think it was just too early [after the divorce] for her to get serious with anyone."

The friend also said Elin wasn't even at the hockey game on Saturday.

Nordegren and Dingman meet at a Red Cross Ball in Florida last year. Dingman was previously linked to actress Bridget Moynahan and Princess Madeleine of Sweden.