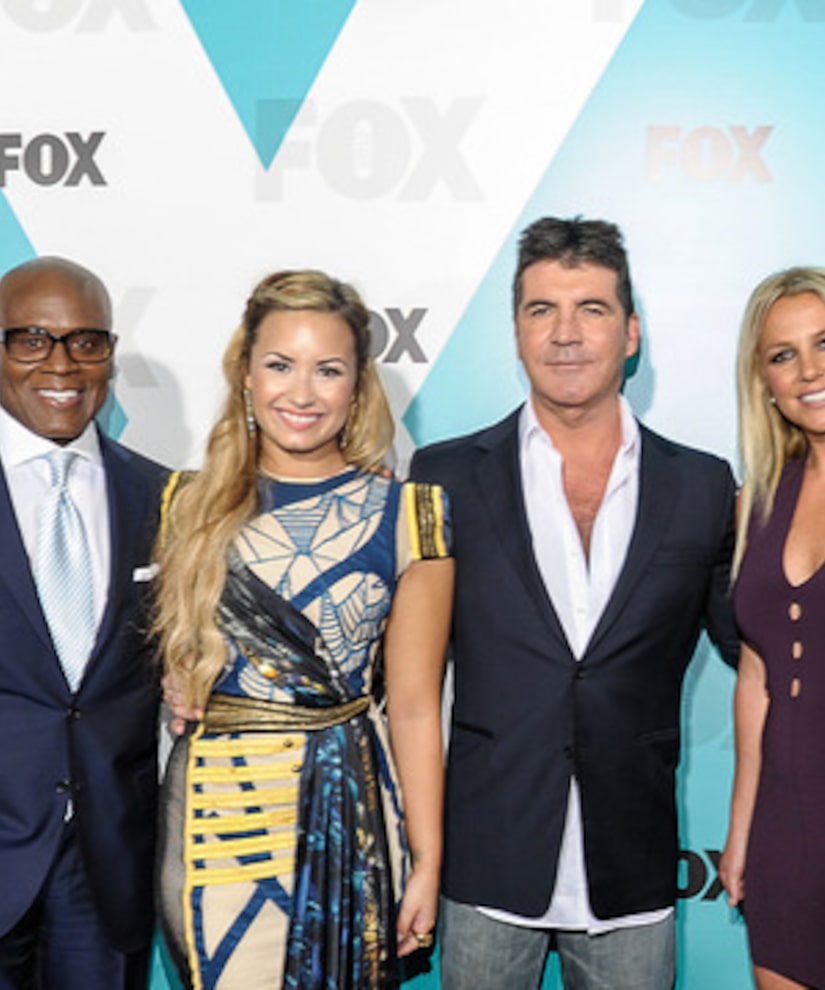 “Extra’s” Terri Seymour talked exclusively with Simon Cowell in NYC about the announcement Britney Spears and Demi Lovato are joining “The X Factor” as new judges.

Cowell admitted that signing Spears came down to the wire. “Right up until today, I wasn't 100 percent sure it was going to happen or not.”

Terri asked why it took so long, and Simon explained, “Because when you're negotiating with people like that who are big stars, you don’t just sign the contract overnight. There's stuff you've got to sort out.”

Cowell remembered talking with Britney and her manager early on. “I remember her manager, Larry, saying, ‘Britney wants to speak to you’ and about a week had passed and she got on the phone and said ‘Simon, I want to tell you I'm in, and we have a deal.’ [Her manager] said, ‘We haven’t quite got a deal yet!"... She spoke too soon.”

Does Simon think he'll have chemistry with Britney? "Oh she'll love me!" laughed Cowell. Terri asked how he can be so sure. "I just know that, Terri."

As for Demi Lovato’s involvement, Cowell said, “It's kind of stupid we haven't had someone their age representing them, so I'm really excited about the fact that she's agreed to do this.” Lovato is 19.

Seymour then asked about who will be the new hosts of the show. Simon groaned, “It took six months for me to do this… I don't know.” Cowell did shoot down one rumor about the possibility of Gwen Stefani as a host. “No, never spoke to her.”

Stay tuned for more “X Factor” developments before it premieres on FOX in the fall!