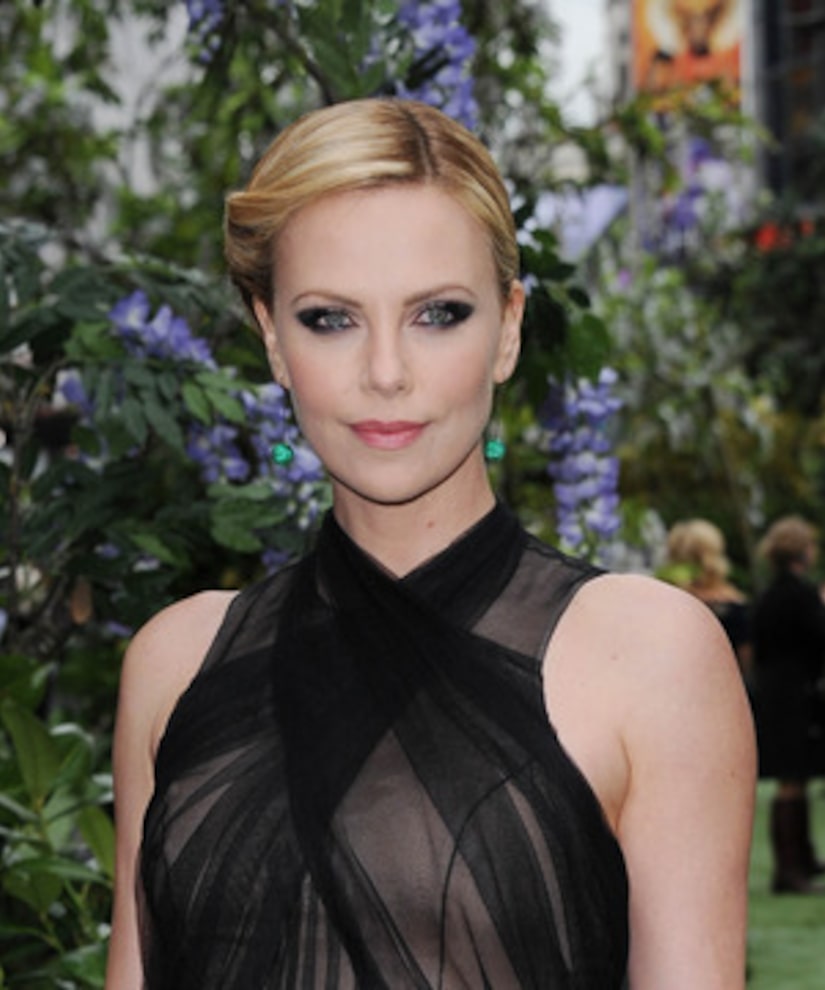 "Snow White and the Huntsman" star Charlize Theron is speaking out for the first time about the mob of paparazzi who snapped photos of her and her 6-month-old son, Jackson, at Charles de Gaulle airport in Paris last week.

When "Extra's" Ben Lyons asked about the frightening gang of photographers, all vying for the first shot of Jackson, the beauty said, "Anybody who has a child will tell you, it's gut-wrenching when the little one is involved."

She continued, "I feel like he gained an awesome mom who really has a sucky part of her job. He really didn't ask for that, so I have to try to protect him from that as much as I possibly can."

Charlize adopted baby Jackson in March and recently let the world see her adorable tot. Before their airport appearance, Charlize kept Jackson hidden under a blanket while she toted him around in his baby carrier.