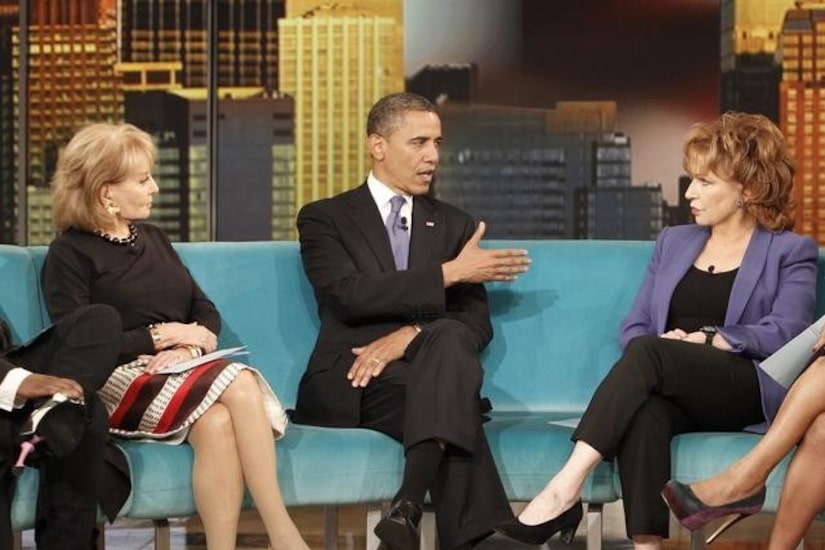 President Barack Obama stopped by “The View” to chat with the women about his support of gay marriage, the importance of the Wall Street reform -- and whether he knows anything about the sex novel, “Fifty Shades of Grey.”

President Obama said, “Keep in mind that on issues like social security for example a lot of this has to do with what's called the Defense of Marriage act, DOMA… the idea was we don't want that drifting into the federal government and this is part of the reason why my justice department has said to the courts, we don't think the Defense of Marriage Act is constitutional… so even though you're a strong supporter of civil unions somehow it still says we're different and that particular set of conversations that I had is ultimately what led me to this conclusion.”

On the recent news JP Morgan lost $2 billion on risky investments, Obama replied, “We don't know all the details yet. It's going to be investigated, but this is why we passed Wall Street reform. The whole point was, even if you're smart, you can make mistakes and since these banks are insured backed up by taxpayers, we don't want you taking risks where eventually we might end up having to bail you out again, because we've done that, been there, didn't like it.

Joy Behar then lightened the mood to ask the president some pop culture questions, like whether he knows what is the controversial sex book that's on millions of women's bedside tables. “I don't know that. I'll ask Michelle when I get home what's going on.”