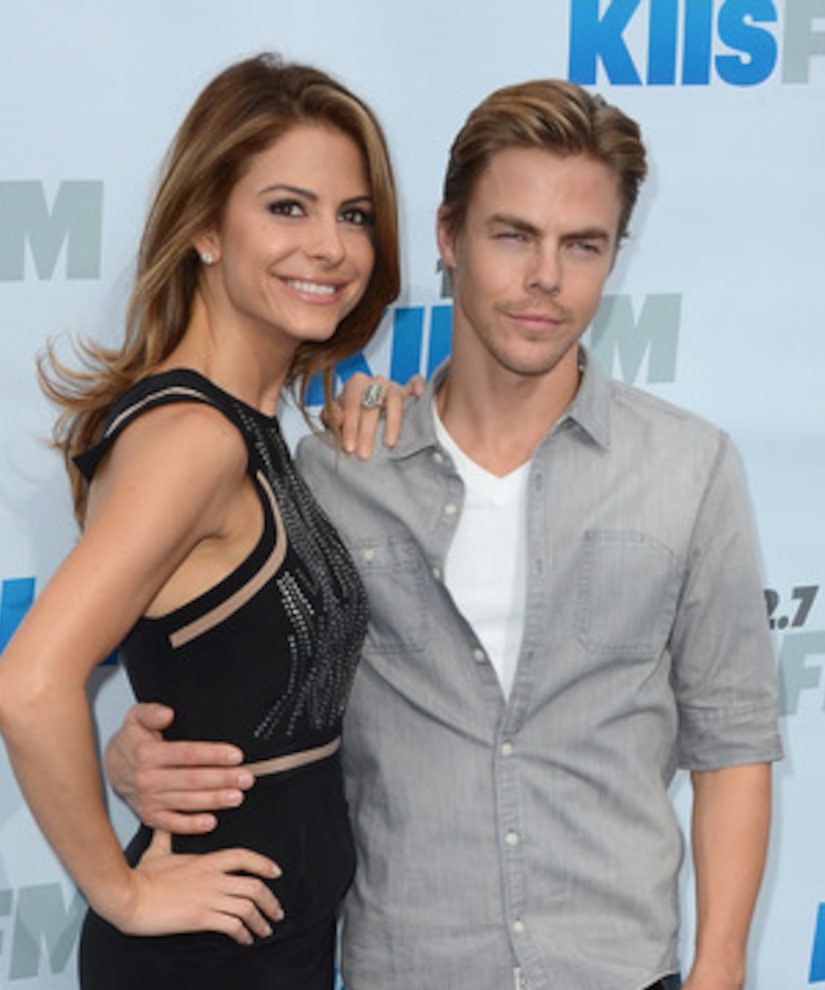 During rehearsals over the weekend, Hough suffered a back injury and is currently seeking treatment. In the past when a professional dancer on the ABC hit series was injured or sick, an alternate pro would step in.

When Mario asked if Derek would be able to perform on Monday night, Maria said, "I don't know. I'm getting updates as of now that he's in a lot of pain and is going to wear a back brace. He couldn't shift it at all… I'm going to pray for the best."

Maria tweeted a picture Monday of a bandaged Derek with the caption, "So nervous about tonight. Derek is in rough shape...getting him fixed up as I tweet."

Derek is no stranger to injuries during crunch time. In 2010 he suffered a neck injury before performing in the finale with partner Nicole Scherzinger.