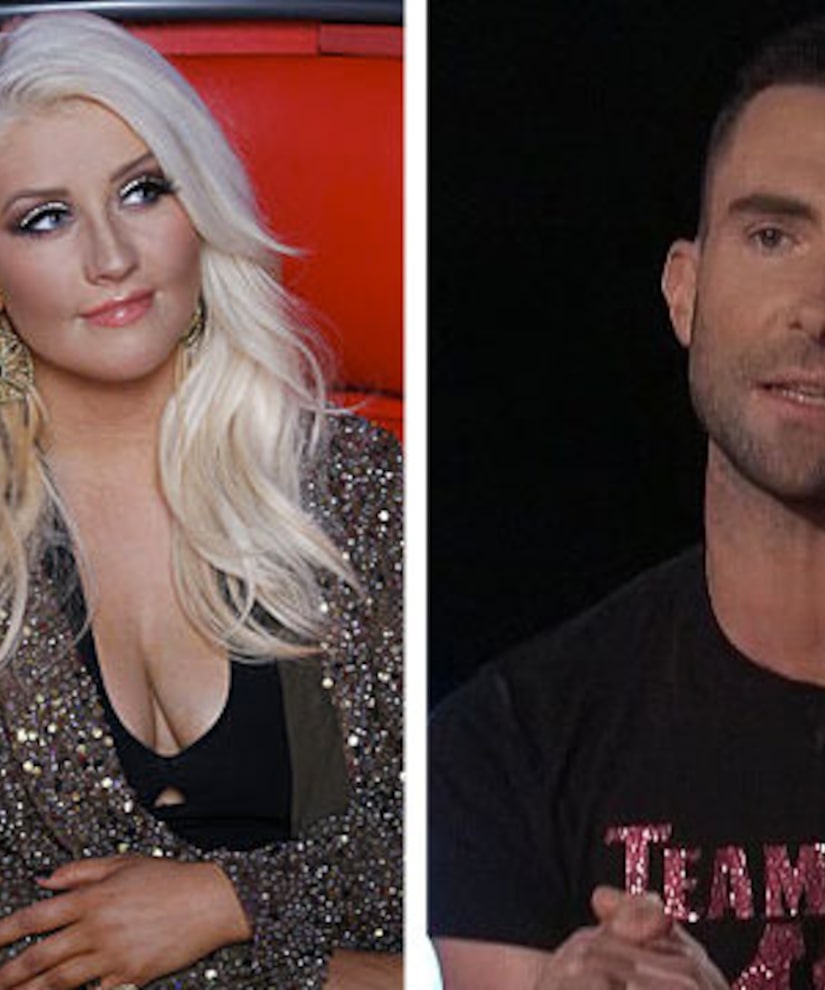 The remaining four contestants sang solos, tributes to the judges and performed duets with their coaches for America's votes on "The Voice" finale Monday night.

Former Mouseketeer Tony Lucca from Team Adam sang Jay-Z's "99 Problems," which caused a heap of trouble on stage. Judge Christina Aguilera thought the lyrics "99 problems, but a bitch ain't one" were in reference to her, and flipped out on Adam, who turned to X-Tina and said, "We're not referring to 'girl' problems. It's a metaphor."

"The Payphone" singer then took off his coat to reveal a "Team X-Tina" shirt, which was meant to make amends.

Christina did not accept his apology and later in the show went missing during his duet with Tony.

Opera singer Chris Mann from Team Christina was not fazed by the judges mishap, as he performed a moving rendition of "You Raise Me Up" while surrounded by a high school choir.

Rocker Juliet Simms from Team Cee Lo then belted out "Free Bird." After the night's battle between Adam and Christina, Cee Lo revealed his shirt that read "NO PROBLEMS."

Jermaine Paul of Team Blake, dressed in a white tux and backed by a choir, sang a powerful rendition of "I Believe I Can Fly." At the conclusion of his song Blake said, "My heart is in my throat right now. I continue to feel like I learn things from you."

"The Voice" champion will be crowned Tuesday at 9PM on NBC.