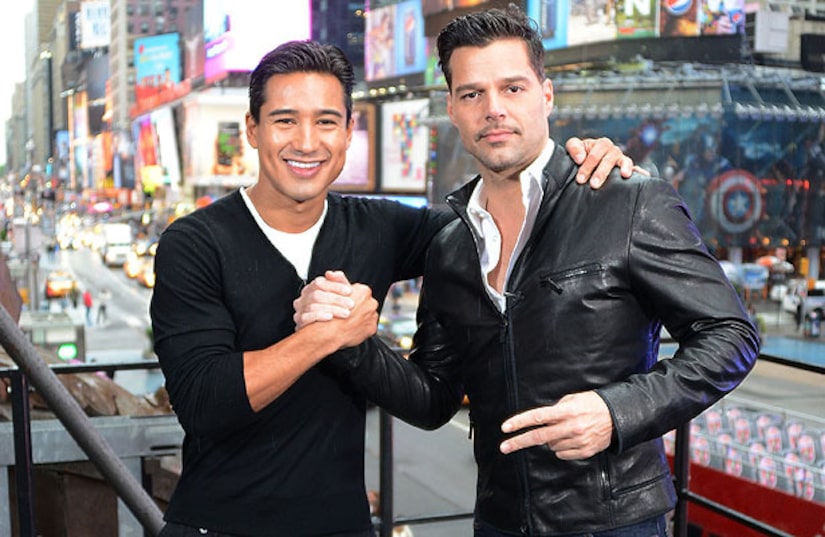 “Extra” host Mario Lopez was in the Big Apple, talking with singer/actor Ricky Martin about his starring role as Che in the record-breaking Broadway hit revival of “Evita.”

“I'm just humbled by this experience,” admitted Martin. “We started only a month ago and people from all over the world are traveling to New York City to see this show.”

When he is not performing, what are some of the other things he likes to do in New York? “Lay on the couch in my house and flip channels and sleep and play with my kids, because as you know, you've done Broadway before, it's really intense.”

For more information on how to see Ricky in “Evita,” visit the official website!