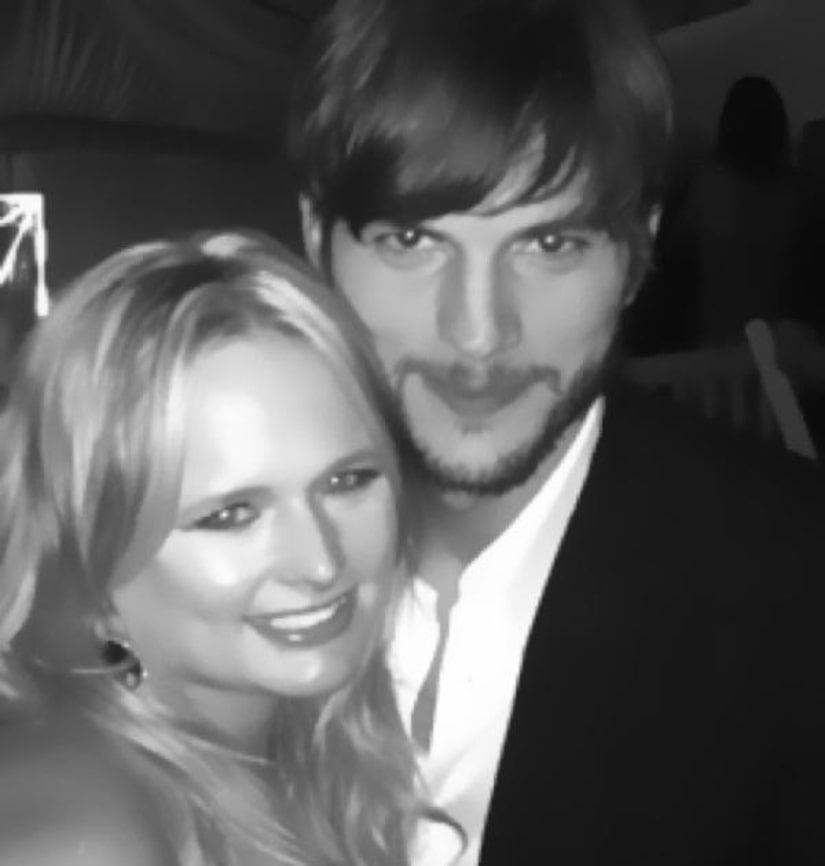 Lambert initiated the cease fire on Friday via Twitter when she posted a friendly picture with Kutcher with the caption: "Here it is y'all. He is sweet and lives country music! For real! :)"

Tension between the two began at last month's Academy of Country Music Awards when the "Two and a Half Men" star was accused of making fun of country music before presenting Lambert with the Female Vocalist of the Year award.

"Was Ashton Kutcher making fun of country or is it just me? Watching it back now and I'm kinda wondering?" Lambert tweeted after the show back in April.

The Barnstable charity gala, now in its 24th year, has raised over $9 million for the Barnstable Brown Diabetes and Obesity Research Center at the University of Kentucky.