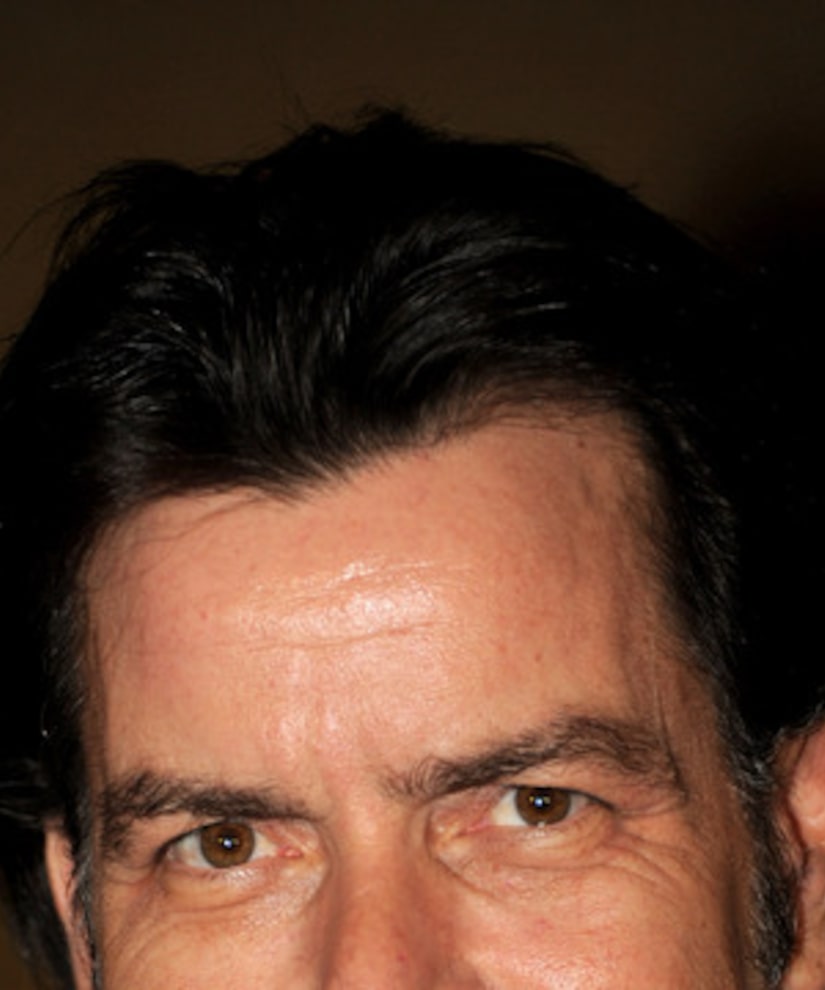 "Extra" host Mario Lopez met up with actor Charlie Sheen to talk about his role as a therapist in the new FX series "Anger Management," working with his ex-wife, and his summer plans with his kids.

At the wrap party for the first season of "Anger Management" Sheen told Lopez of working on set with ex-wife Denise Richards. "Of course, she was fabulous. I was nervous, man… she turned to me and she was like, 'I'm really nervous' and I was like, 'So am I!'"

When Mario asked the former "Two and a Half" men star how his character would treat Mel Gibson's rage issues, Sheen joked, "The session would start with 6 or 8 shots of Macallan's whiskey… I don't know. It's hard to comment on something when you don't really know all the details, we weren't really there."

He added, "I'm not defending Mr. Gibson, I'm merely saying it's not always at face value, what we hear as a consuming public, you know."

After the series wraps, Sheen said his summer plans are to "hang out at soccer games, t-ball games and barbecue… just be a dad, you know. I haven't been able to do that for a long time."

Watch more from the wrap party.