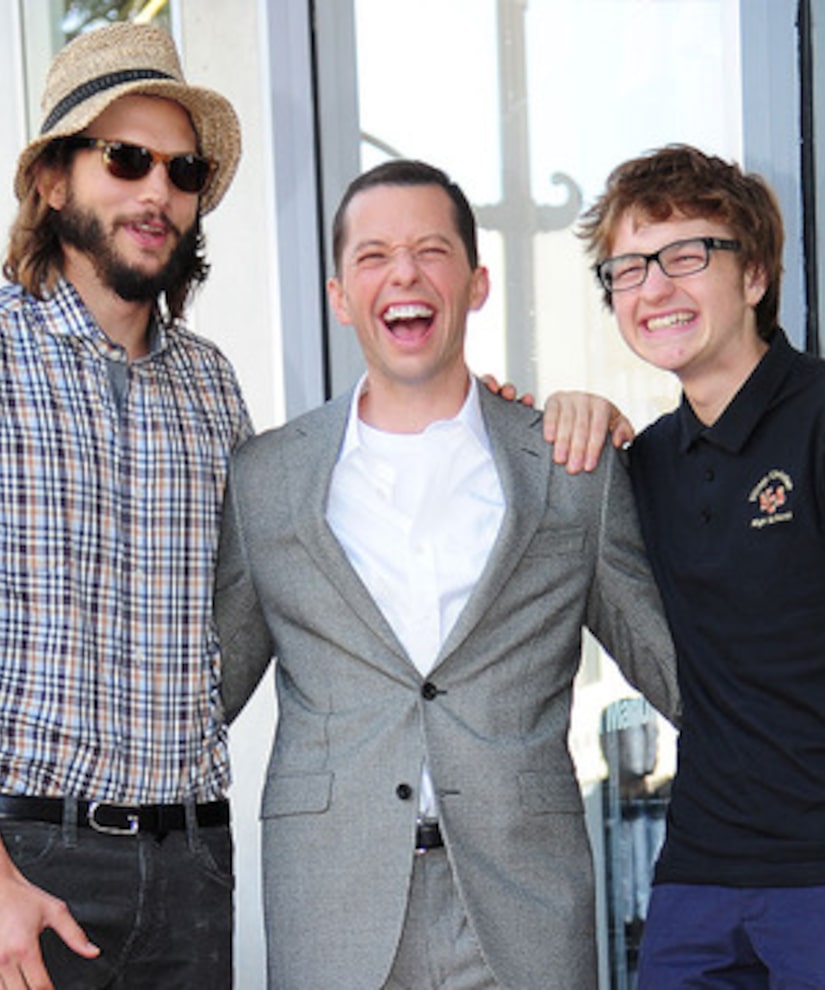 The stars of “Two and a Half Men” -- Ashton Kutcher, Jon Cryer and Angus T. Jones – will be returning to their roles for another season.

The actors' contracts were up at the end of this season, but Deadline.com reports the trio will sign up for Season 10 with salary bumps. It will mark the second season for Kutcher, who replaced Charlie Sheen.

While Kutcher, Cryer and Jones have agreed to only one season, and “Men” head honcho Chuck Lorre has indicated he would like to end the series after 10 seasons, no final decision has been made whether to make next season the series' last.