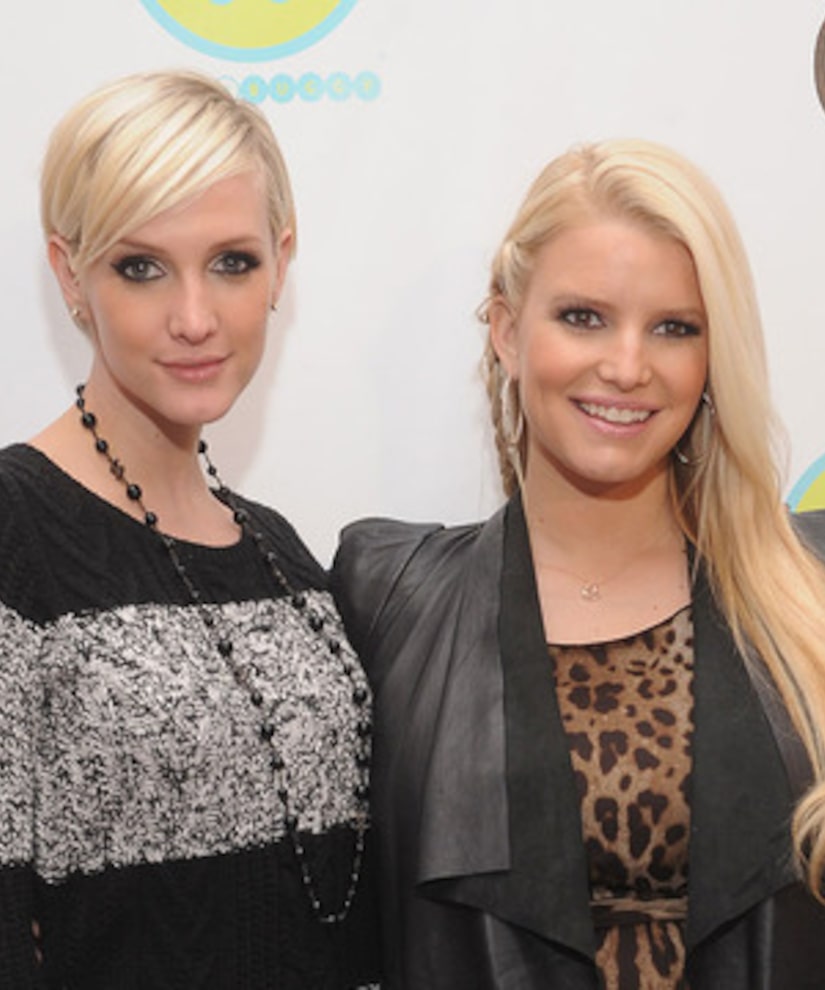 "Bronx and I are in love with Maxwell already!" Ashlee, who is mom to 3-year-old son Bronx, told People.com, "Jessica has wanted to be a mom since we were little girls and I couldn't be more excited for her and Eric!"

Jessica spoke with People earlier in the year and said that she and Ashlee have bonded over motherhood. "Ever since Ashlee had Bronx, we've become closer and closer. I'm glad that our babies are just going to be three years apart."

Jessica also explained how Bronx has been preparing for his new cousin. "He records songs on my sister's iPhone about the things he wants to do with the baby, like swim in the ocean and go to the playground. The first one just made me cry. We're making a CD of them – it was the best gift of all."