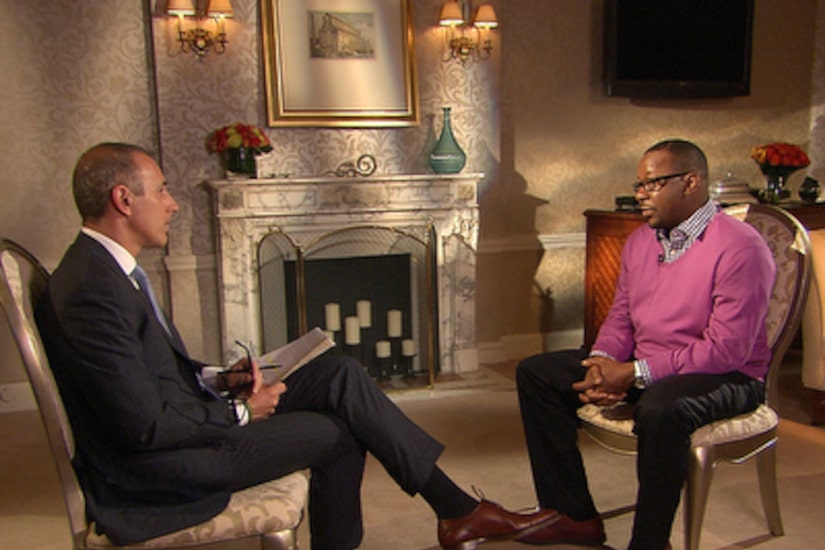 "Today" host Matt Lauer sat down with singer Bobby Brown to talk about the last time he saw his late ex-wife Whitney Houston, when he found out about her death, and about being blamed for her drug use.

When Lauer asked Brown about Whitney's emotional state when he saw her a week before she passed, he said, "She had this glow about her that was just, you know, incredible… I'm saying to myself, 'She must be doing really well,' because she looked really well."

Lauer continued to ask Brown about how he felt when cocaine was stated as the cause of the singer's death. Bobby said, "I was hurt… I didn't know she was struggling with it still. But at the same time, it's a hard fight to, you know, to maintain sobriety that way."

The "Don't Be Cruel" artist then told Lauer that he was not responsible for Whitney's drug addiction. "I didn't get high before I met Whitney… I wasn't the one that got Whitney on drugs at all," adding that she was that "way, way before" they met. "I'm not the reason she's gone."

The interviews are set to air on NBC's "Today" in two parts on Wednesday, May 2 and Thursday, May 3.